The specialist business incubator at London Met – Accelerator – has been highlighted as one of the top 100 ways universities have improved daily life.

London Metropolitan University’s support for start-ups has been named as one of the top 100 ways in which universities have improved everyday life, as part of Universities UK's MadeAtUni campaign.

Featuring on the UK’s Best Breakthrough List, London Met’s specialist business incubator –Accelerator – was highlighted for its impact on technology and innovation. Based in Tech City in Shoreditch, east London, it is also home to the university’s student enterprise programmes, which offers support, networks and resources to students and graduates interested in setting up their own business.

The Accelerator has supported many successful start-ups including Arctic Power Berries, whose natural berry powders are now sold in Harrods, Selfridges and Ocado; and TRIMIT, the first app-powered barber shop, where you can book a luxury barber van to come to your home.

Simon Boot, Head of Accelerator, said: “We’re thrilled that Accelerator has been recognised by Universities UK for offering transformational advice and support for entrepreneurial students and alumni, as well as having a profound impact by supporting a community of over 30 tech startups based in Shoreditch. Accelerator, London Met’s business incubator is very unique – we bring entrepreneurs together under one roof, enabling them to share ideas and support each other; as well as supporting our students and alumni through giving talks or providing mentorship. Since its creation 15 years ago, Accelerator based companies have raised millions in investment, generated millions in revenue and created hundreds of new jobs.”

The list was launched to celebrate the inventions, discoveries and initiatives which have had a transformational effect on people’s everyday lives, and to show that universities do much more than just teach students.

The campaign is being supported by James Nesbitt, the actor and presenter; and Rebecca Adlington, the two-times Olympic swimming champion.

Adlington said: "Even though I didn't go to university myself, my life wouldn't have been the same without the amazing things that happen at UK universities. It's the reason we have ultrasounds, which told me my baby daughter was healthy; full-body MRI scans like the ones that helped diagnose my sister's encephalitis, helping to save her life. I've also been lucky enough to train in some of our fantastic university pools.

"For many people, universities are just places where people study, but I want to shine a light on the transformational impact they have on people's lives."

Nesbitt said: “UK universities have been at the forefront of some of the most exciting developments and initiatives of the last century. I’m pleased to be supporting this campaign and helping to champion the many ways that UK universities are making a difference. They transform people's lives and build a better future for everyone, and that's something to be proud of."

Professor Dame Janet Beer, President of Universities UK, said: "Universities really do transform lives. The technology we use every day, the medicines that save lives, the teachers who inspire – all come from UK universities and the important work being done by academics up and down the country.

"The UK's Best Breakthroughs list is a testament to the difference that universities make to people's lives and we want everyone to join us in celebrating the work they do." 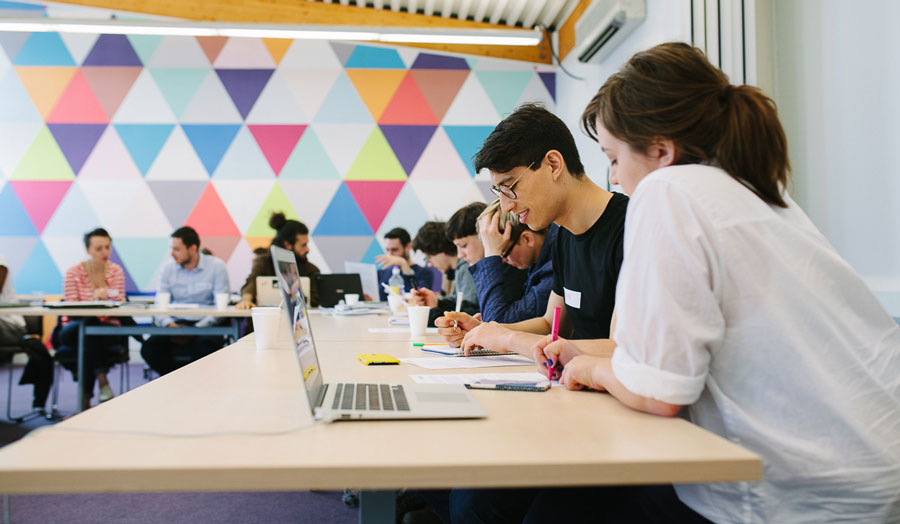