The Big Idea Challenge is one of the fastest-growing enterprise competitions in the UK, and seeks solutions to the key problems facing society today.

Fresh Start is a social enterprise that aims to transform a classic London bus into a mobile support centre for the capital’s homeless - complete with showers – has been named the winner of one of the UK’s fastest-growing business competitions.

Student Valeria Kormysh said: “We wanted to do something that would really make a difference to people, and which would have an impact on our local communities. We went out and spoke to homeless people in London and asked them about the biggest challenges they faced, and were really surprised by their answers.

“We expected that access to drinking water, or shelter, would be the most common issue, but what kept coming up was somewhere to wash.

“We did research and found that many shelters and charities have such facilities, but they can be hard to get to for people. So we thought, why not bring the showers to them?”

As winners of the Big Idea Challenge, run by London Metropolitan University, the team will now receive expert support to make their idea a reality, including start-up funds, a digital platform and space in London Met’s business incubator, Accelerator.

Fresh Start will not just offer washing facilities, but also a means of distributing clothing and other supplies and services to homeless and vulnerable people across the capital. The students are now seeking corporate sponsorship to help fund the project.

Oriol Iglesias Grau said: “It’s an amazing feeling to win the Big Idea Challenge, but now we need to start raising funds and get people involved. We want to engage with charities, universities, the NHS and corporates and raise awareness among as many people as possible.

“The homeless population in London is rising and we need to get the bus on the road as soon as possible to start making a difference.”

The awards were hosted by HRH The Duke of York, KG, Patron of London Metropolitan University, at St James’s Palace last night.

The Duke said: “The Big Idea Challenge brings learning and enterprise environments together to create ideas that can grow. This is the epitome of what enterprise and entrepreneurship is all about.

“It is the job of universities to prepare people for the challenges they will face in whichever avenues they choose in life, and the Big Idea Challenge is a fine example of this. I’d like to thank London Metropolitan University and all of those involved in this project for the positive difference they are making.”

Companies including NatWest, Microsoft and Unilever were all involved in the Big Idea Challenge, providing mentoring and support to the teams.

The competition also included a Schools and Colleges category, with 17 Further Education institutions from across London taking part.

A team from City and Islington College won the FE competition with their ‘Tracklet’ product - a smart bracelet designed to improve safety for young people when out and about. The bracelet allows users to track their friends and help find each other should their mobile phones run out of battery.

Student Juhi Ashra said: “We wanted to come up with an idea that solved a problem affecting us all. As girls living in a big city, we’ve always found it a bit scary when we lose each other when we’re out, which can happen very easily. We think a lot of people can relate to this problem and have had really positive feedback to the idea.”

The Tracklet team will be given expert support by London Met’s incubator, Accelerator, to get their business up and running, as well as a bespoke website.

Teammate Deianira Urovi said: “It has been an amazing journey and it’s a great feeling to win the Big Idea Challenge. I never thought I’d ever meet a member of the Royal Family, so coming to St James’s Palace and receiving our award from The Duke is very special.

“We’re now taking Tracklet into the investment phase and are hoping to develop it further.”

“London Met exists to meet the needs of our time, and it is through projects like the Big Idea Challenge that we realise this goal.

“More than 90% of graduates from London Met are in employment or further study six months after leaving us. I am convinced that this is due to the positive relationships we have with the enterprise world.

“I’d like to congratulate all of those who have taken part in the Challenge. They have all inspired others with their Big Ideas.” 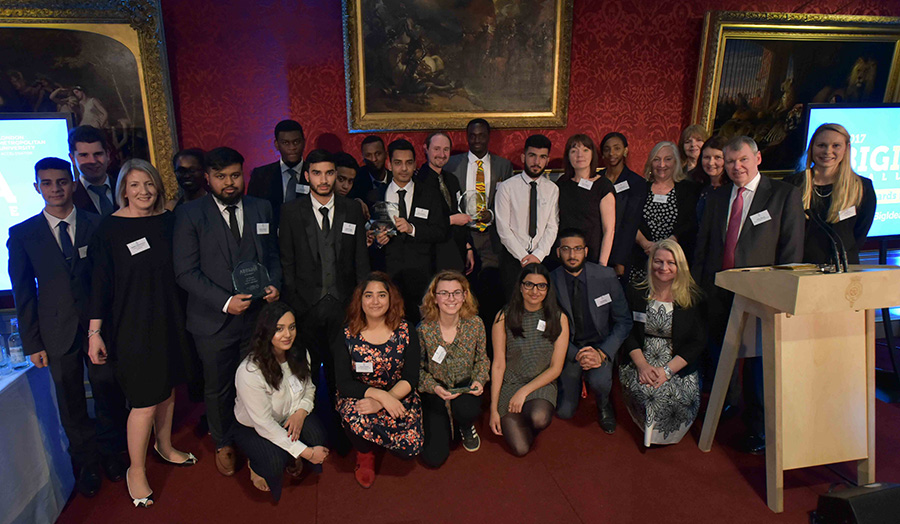