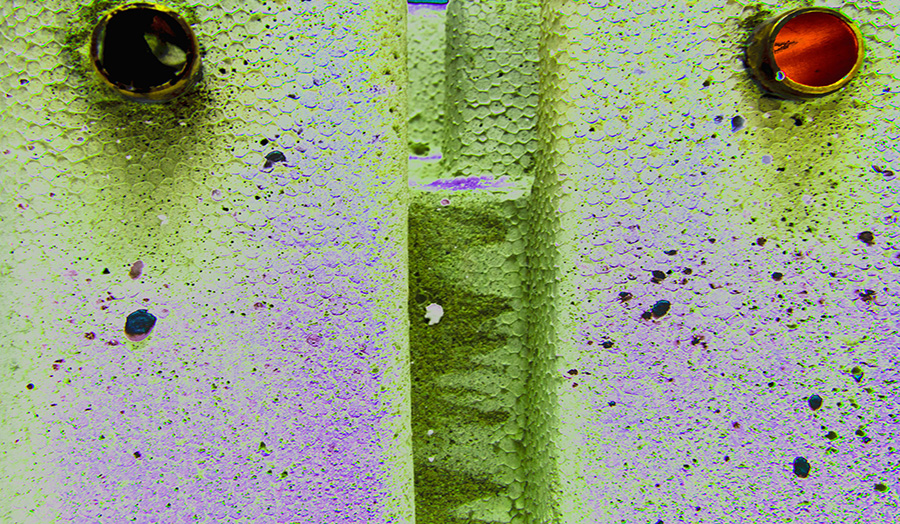 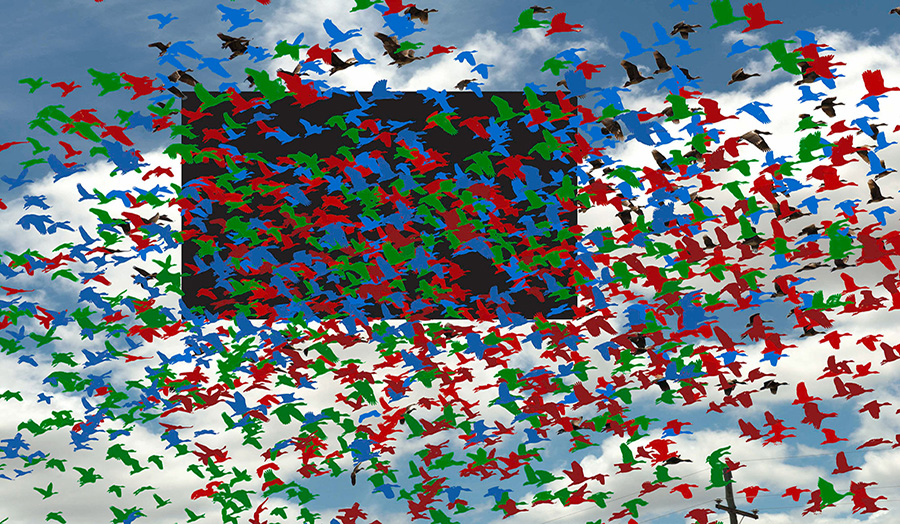 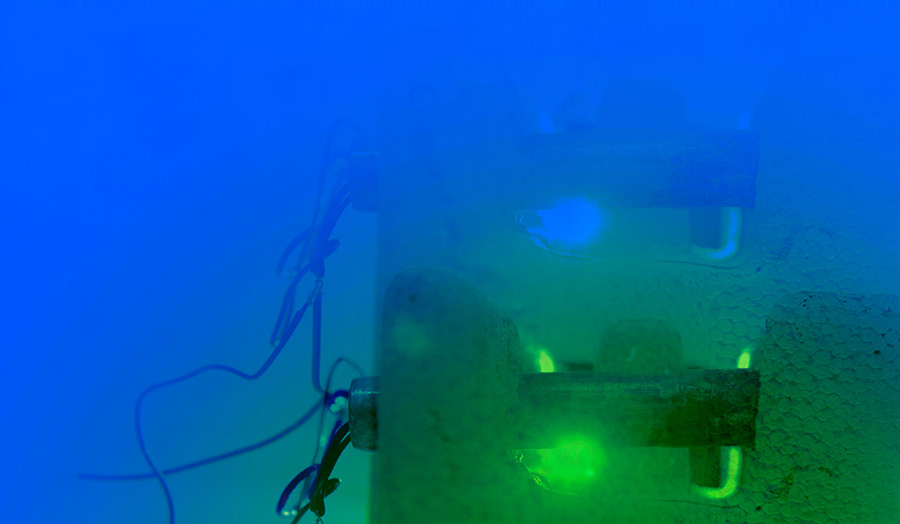 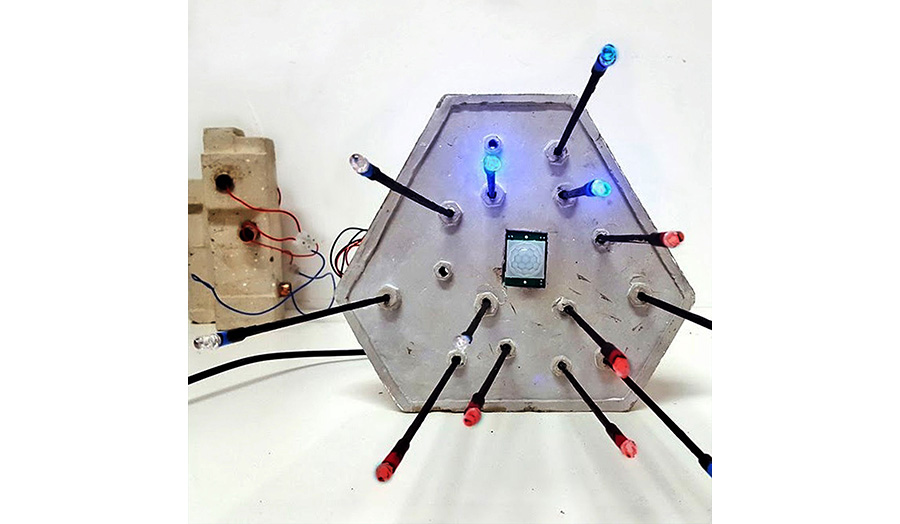 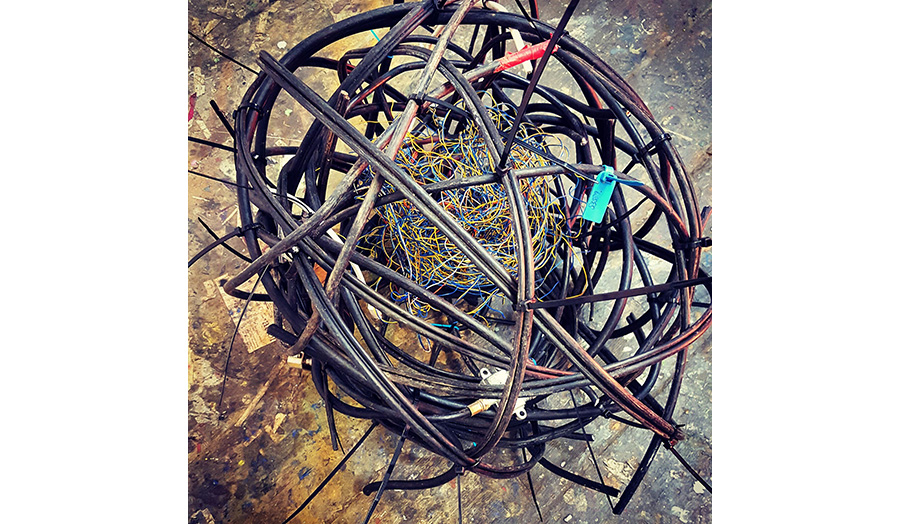 As we wade through our technologically tempered present we add new layers of meaning. We absorb views of what we see, who we are, where we are, from other angles, from different perspectives.

Splitting the Beam is a collaborative project by Nye Thompson and Geoff Titley, two artists whose practices address the relationship between the tangible and the virtual from very different standpoints. Geoff works primarily with photography using digital intervention to invite us to question the nature of the imagery that surrounds us. Nye builds techno-sculptures using light and electronic waste, and creates objects and experiences that depend on user input. The goal of this project has been to create a visual dialogue between the two practices, with each artist responding directly to the other’s work in order to create brand new work for the show. The show title Splitting the Beam references the way in which our attentive gaze now strives to process the physical and digitally mediated worlds simultaneously. Into this ambiguous space the two artists deliver the "familiar". Or is it the "unfamiliar"? Whether it's the colour, the shape, the material or the size, there is something both recognisable and obscure about the 3D and 2D objects on show.

Within this space of call and response, Geoff’s digital prints of birds in flight in primary printing colours become Nye’s flashing points of light in space; a print of a solitary monumental rock is answered by a series of wire boulders constructed from telecoms waste. Small-scale quasi-industrial objects are transformed into images of monumental ruins. In this show, the differing standpoint of two artists working with different forms but exploring a common theme offers the viewer glimpses of the complex and even curious experience of Splitting the Beam: of several perspectives becoming viewed as one.

Nye’s practice is investigative and analytical, often operating in response to materials at hand or scientific principles. Reflecting a background in software design, she’s particularly interested in the relationship between the tangible and the virtual, and the interface between the two.

“Nye Thompson attempts to reveal to us the visual nature of the physical and virtual internet. In this journey she shows us beautiful things. I see her as rather like a contemporary Jacques Cousteau, the 1970s TV marine biologist. She's showing us glimpses of quite extraordinary networks, structures, debris and possibilities that somehow we know exist but ordinarily we have no access to.” Bob and Roberta Smith, artist, Royal Academician, trustee for the National Campaign for the Arts and a patron of the National Society for Education in Art and Design