A small team from the School of Psychology at London Met participated in a Hackathon event organised by Unitu.

A small team from the School of Psychology at London Met participated in a Hackathon event organised by Unitu, an organisation that aims to enhance and transform the academic experience by encouraging students and staff to create innovative technological solutions.

Their aim was to tackle the problem of longitudinal data collection (ie surveys that record repeated observations over long periods of time) by creating an interactive app. “There isn’t a platform that would allow you do that at the moment,” said Bianca.

The event was run in a relaxed and supportive atmosphere with mentors available all day to help teams when needed.

At the end of the Hackathon all projects were presented to the panel of judges, who were academic staff largely unfamiliar with programming. They therefore judged the presented solutions based on their impact and feasibility. The E-Science team didn't finish the development of the app, but gave a presentation of their idea and also a short demo on how the app would work and look when finished. 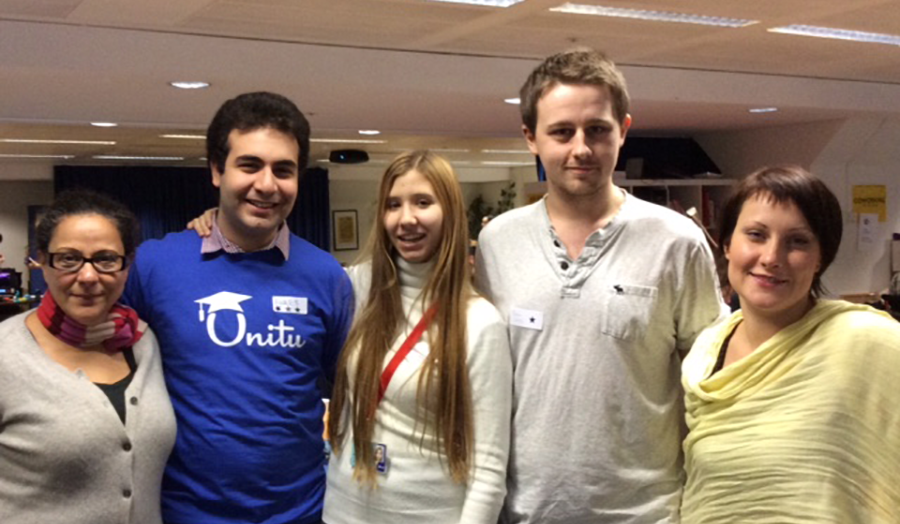