RIBA House of the Year News from the School of Art, Architecture and Design

London Met tutors Deborah Saunt and David Hills have been shortlisted for the 2016 RIBA House of the Year.

Covert House, designed by DSDHA Directors Deborah Saunt and David Hills, who teach on the Postgraduate Diploma Unit 11: Cultural Infrastructure at The Cass, has been shortlisted for the 2016 RIBA House of the Year.

Covert House is an experimental, semi-underground concrete cottage in Central London that challenges what it means to design a contemporary domestic space. Due to strict Conservation Area planning rules the house is cleverly camouflaged from neighbouring properties and partly built below ground level, using glass, concrete and white finishes.

Described as a case study on the potential for unlocking backland sites and creating architectural opportunities that subtly densify residential areas, Covert House helps push the limits of residential design.

The RIBA House of the Year is awarded to the best new house designed by an architect in the UK. The award, sponsored by Hiscox Home Insurance and Paint & Paper Library, replaces the previous title ‘RIBA Manser Medal’ which was created in 2001 to celebrate excellence in housing design.

The shortlisted projects are being announced each week on ‘Grand Designs: House of the Year’, with the winner revealed on Channel 4 on the 15 December, 9pm. Covert House was featured on Episode 2 and can be viewed on All 4. 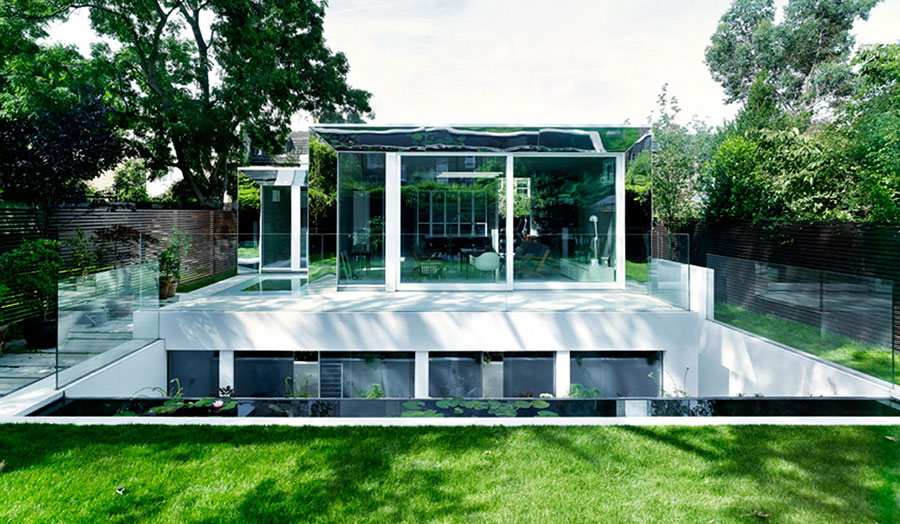