An installation by Cass Senior Lecturer Lewis Jones and Fine Art Alumna Harriet Lewars features part of the Pull out all the Stops Festival at the Southbank Centre.

Their Spiral-keyed Organ installation is now exhibited in the Clore Ballroom of the Royal Festival Hall, along with three other newly made organ-related installations.  They may be seen and played whenever the Centre is open until Sunday 13 April.

Over the past six months designers, makers and artists Jules Bushell, Dominic Allen, Lewis Jones, Harriet Lewars and Morton Underwood, have worked with local families to explore the Royal Festival Hall organ and design four new organ-inspired instruments that challenge  preconceptions about this most complex and misunderstood instrument. BBC Radio 3 is in residence throughout the festival. The Pull Out All The Stops series relates to a project to preserve the famous Royal Festival Hall Organ.

On the 22nd and 23rd March, at an event called Wondrous Machines all four organ installations will be played by Lambeth children, together with with members of VoiceLab and Bellowhead, in newly commissioned music by Pete Flood and Andy Mellon. The commission has been specially written for these unique instruments, voice and band, and takes you on a musical journey celebrating the Royal Festival Hall organ's 60th anniversary.

Lewis and Harriet will laso take part in a MEET THE MAKERS session, on Sunday 30 March 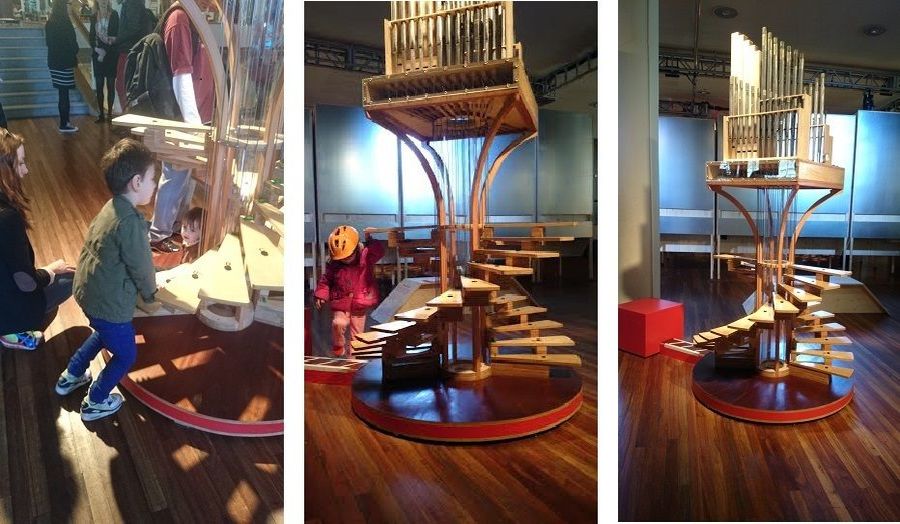 Pull Out All The Stops