The winners of this year’s Architect’s Journal Student Prize 2021 have now been announced, with Francesca Tattersall, an Architecture MArch graduate, winning the postgraduate award.

The competition celebrates the best work across three categories, undergraduate, postgraduate and sustainability, with entries from 57 schools of architecture across the country.

Francesca said: “I would like to thank the AJ and the judges for this honour, as well as David Grandorge and Ted Swift from Unit 07 for their tutoring over the past year.

I'm very pleased that the judges decided to celebrate a project that explores architectural solutions to our contemporary crises of housing shortage and environmental impact of construction.”

Francesca won for her project Rigorous Simplification: Self-Build, which is a speculative self-build housing scheme for a site in Dalston, East London. Francesca describes the project in her own words:

“While self-builds account for 60% of the housing supply in Europe, it remains a niche market in the UK, still highly dependent on speculative house-building. With over one million families on council waiting lists, new social homes amount to less than 10,000 per year, down from 210,000 in 1954. This shortage is causing homeownership to grow beyond affordability.

“My project builds on Hackney Council’s Self-Build Challenge, hypothesising the vacant site on Kingsland Road to be incorporated within the programme. It advocates for a shift in the housing culture; to remove the profitability aspect and involve the end-user in the building process of their new homes, while questioning the architectural expression and technical feasibility of self-build collective housing.”

Professor Christian Frost, Head of architecture at London Met added: "As a school, we take the climate change agenda very seriously at all levels of study, with many of the students’ projects addressing retrofit as well as sustainable new-build opportunities. Francesca’s win is, therefore, for us both the timely recognition of this agenda as well as acknowledgment of an outstanding piece of work."

David Grandorge, Francesca's tutor, said: "Francesca’s project, taught in Unit 7 by myself and Ted Swift, was built on theoretical and empirical research into more self-reliant ways of living.

"The project was highly resolved in terms of its setting out, its calibration of space, its use of a ‘lean’ material palette, the integration of services (that enabled variations in the configuration of individual apartments), its specific examination of different parts of the construction process, its understanding of material and labour costs and the critical path under which it could be built. The judges for the prize said the project stood out due to its 'leanness and attention to detail'."

The winners were announced at an event held at Pearson Lloyd’s 2021 Retrofit of the Year-winning studios in Hackney on 9 November.

This year’s judges were Harriet Hariss, dean of the Pratt Institute School of Architecture in New York; Edmund Fowles of Feilden Fowles; fellow AJ 40 under 40-er Ramsey Yassa of NOOMA Studio; and Rachel Hoolahan, sustainability co-ordinator at Orms and recipient of the AJ100 Sustainability Champion award. 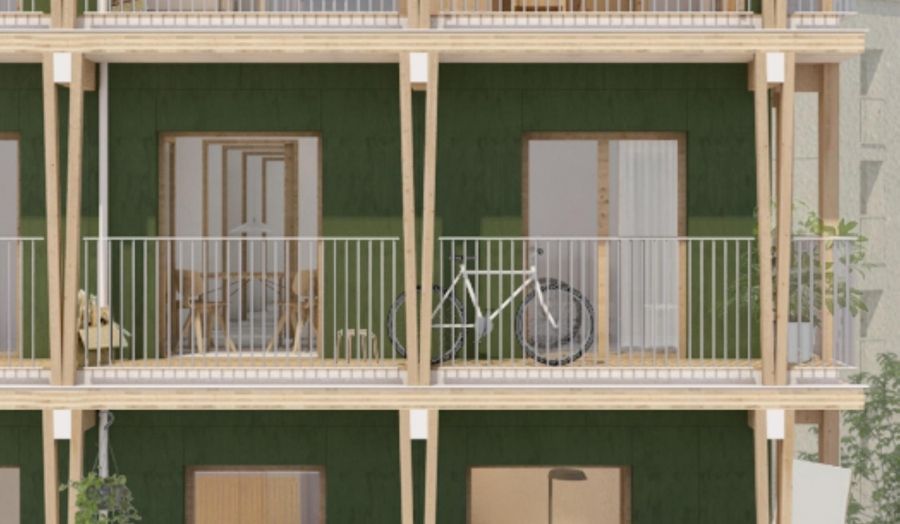