Over a hundred London Met BA Journalism Students were given the opportunity to quiz local politicians at a special question time event on Thursday 26 February.

All five main political parties were represented by candidates across a range of North London parliamentary seats.

Amy Gray, the Conservative candidate for Hackney North & Stoke Newington, asked the audience whether they had noticed their gas and electricity bills fall in light of reductions energy prices.

The UKIP candidate for Islington South & Finsbury, Peter Muswell, spoke heavily of his own personal experiences and how they had shaped his politics.

The politicians agreed more had to be done to tackle London’s housing crisis, while the issue of funding higher education drew a wider range of views including a call to abolish tuition fees and to end any subsidisation of arts courses.

"Like all journalism, it was a scramble to get everything together, but like most journalism, we really pulled it off. Our guests were on-off-on, but triumphantly all came through… The real-life situation which yesterday's event mimicked, showcased how London Met journalism degrees enthuse our students with real-life experiences. "

The event is just one of the ways London Met Journalism students are engaging with this year’s General Election, with special radio and TV coverage dedicated to range of election issues.

Audience members were encouraged to submit questions via twitter, where students also commented throughout the event using the #MetQT hashtag.

"I learnt loads from today. Particularly how politicians answer questions and sometimes avoid them. I learnt the importance of using social media to gain interest in an event… I could see how effective the twitter group were in the build-up to the event and the actual event."

For more information about the event including London Met journalism students’ live blog of the event go to the Holloway Express website. 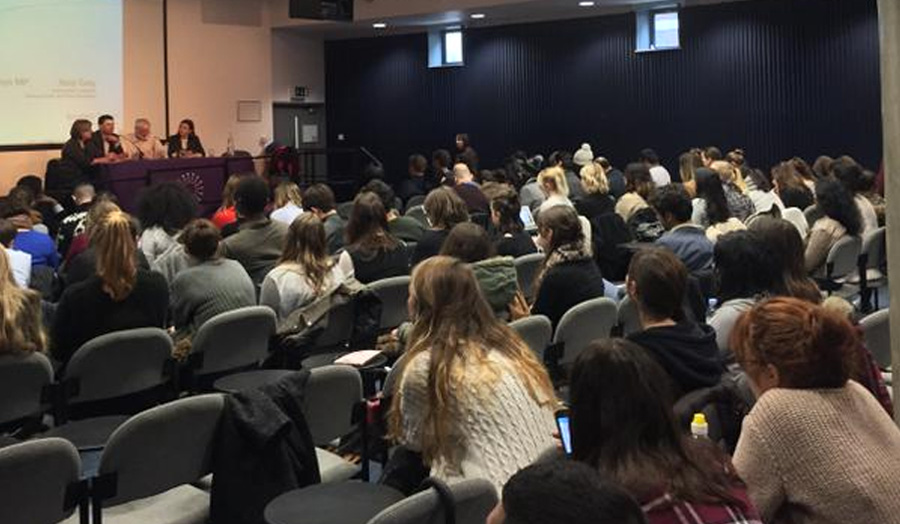