An evening of celebration was held in order to launch Just Met 2017, an anthology featuring creative writing work from students at the University.

An evening of celebration was held on Thursday 30 November in order to launch Just Met 2017, an anthology featuring creative writing work from students at the University.

Each year, London Met creates an anthology that features the best student creative writing and the winners of the prestigious Vice-Chancellor’s Prize and the Sandra Ashman Prizes. Students from all areas of the University are encouraged to enter the annual Creative Writing competition, where their work could be featured in the annual Creative Writing anthology. Entrants must be a London Met student at the time of entry.

Students Anna Cooke, Niamh Fitzgerald, Daniel Louden, Amy Melley and Alessia Galatini were named as winners of the 2017 Sandra Ashman Prizes, named after the former Deputy Vice-Chancellor of the University of North London – a predecessor of London Met. They were awarded £200 each.

Anna Cooke, an MA Architectural History Theory and Interpretation graduate who graduated in 2017, was named as the overall winner of coveted the 2017 Vice-Chancellor’s Prize, with an additional award of £200.

Emily, who graduated from the University in 2016, wrote Notes On My Family as she was completing her undergraduate degree. Aimed at young adults, the book explores the theme of relationships within a dysfunctional family.

The novelist was the judge for the competition. She said: “It was an honour to be asked to judge London Metropolitan’s annual Creative Writing competition. The anthology marks a milestone in the careers of those writers featured. There is no other feeling, for a writer, quite like the first time you see your work in print. The anthology offers a wonderful opportunity for all students and I feel privileged to have been a part of Just Met 2017.

“I was taken aback, not only by the refined craftsmanship present in each of these stories and poems, but by the level of emotion evoked. Good writing makes us not just think and question but feel as well.” 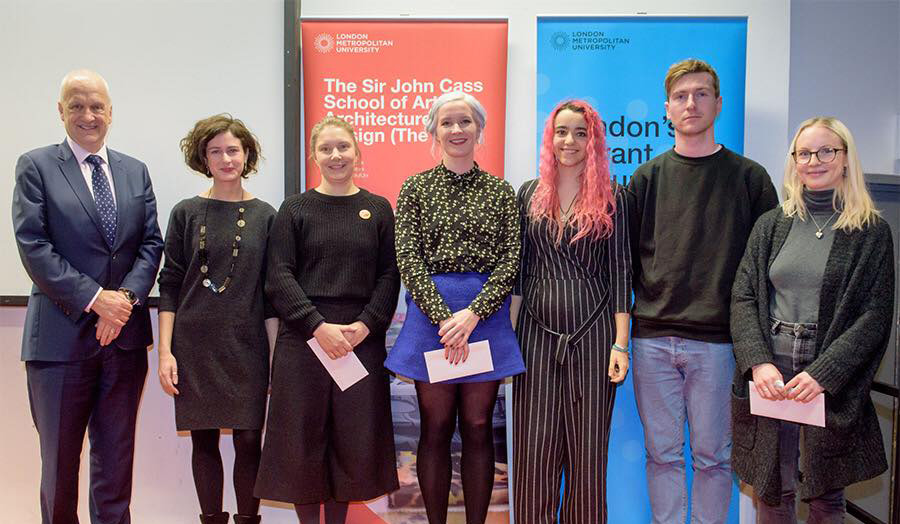