PLAY, a MA Curating Exhibition at Me-Collectors Room/Thomas Olbricht Collection in Berlin News from the School of Art, Architecture and Design

The show is curated by Antonia Stausberg (Graduating Year 2 Student) and Philippa O'Driscoll (alumnus, Class of 2012)

PLAY - The Frivolous and the Serious

The exhibition PLAY – The Frivolous and the Serious (16.05. – 25.08.2013) revolves around the universal phenomenon of the act of playing. It is the result of a collaboration between the Olbricht Foundation and two graduate students on the ‘Curating the Contemporary’ Master’s degree programme at London Metropolitan University. The programme is run in conjunction with the Whitechapel Gallery, London. This is the second time that the foundation has invited young curators to develop their own ideas and perspectives on the Olbricht Collection, and to curate a show for me Collectors Room as part of their final degree module.

From early childhood all the way into old age, a myriad of different forms of play have shaped the lives of human beings since time immemorial. Learning experiences among infants, social interactions, and trials of strength in social games, the performing artistes’ acts in the theatre, and the act of making and maintaining a collection (which can itself be seen as a ‘mature’ form of play) are just a handful of examples of games.

As an omnipresent subject, be it consciously or subconsciously, the game in all its variants also finds expression in the art and works contained in the Olbricht Collection. Twenty-two works in various media have been singled out and brought into play with one another by the curators Anna-Antonia Stausberg and Philippa O’Driscoll.
A companion publication to PLAY will be published, priced 14,90€.

Admission: Exhibition and guided tour, 6€ (in English)
Prior registration please under info@me-berlin.com 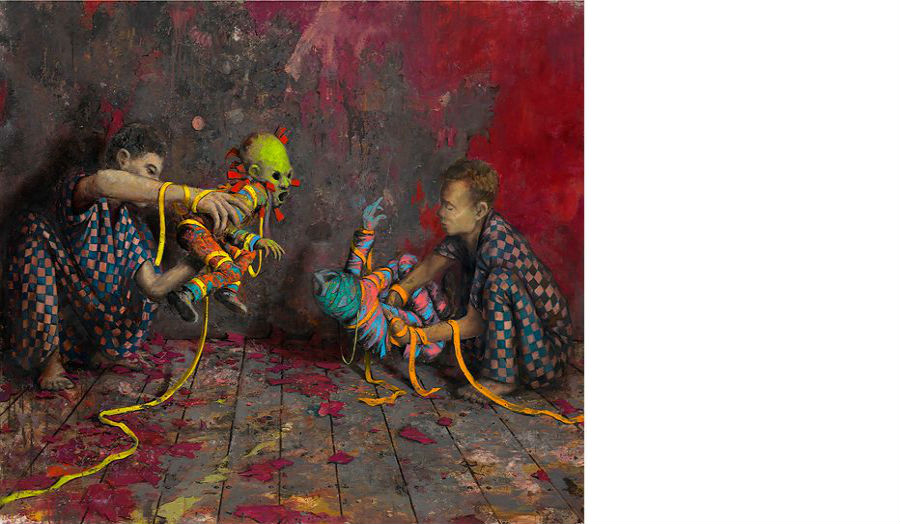