Three baby Peregrine Falcons have been spotted living up in the heights of the Tower Building.

A family of Peregrine Falcons, including three recently hatched chicks, have made their home on London Met’s Tower building.

Although the three baby falcons, known as eyass, are only young they will grow quickly. They have big appetites and double their weight in just around six days. At three weeks of age, they are already around 10 times their size at birth.

Peregrines used to be common in London but almost disappeared from the capital just before the turn of the millennium. However, in recent years their numbers have grown and there are now thought to be more than 30 pairs living in some of London’s most famous buildings.

A fully grown Peregrine has a wingspan of over a metre and they are excellent hunters. They are the fastest animal in the world and can reach speeds 180mph when they swoop in for prey - but don’t worry they’re more interested in other birds than humans!

We have received the following advice from the London Peregrine Partnership group:

We look forward to watching the three eyass grow their wings! 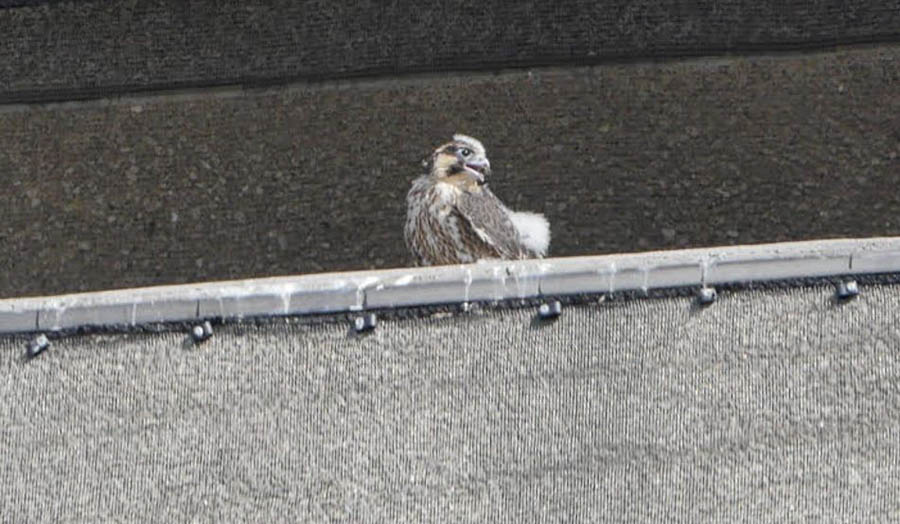