New film documents the struggles of homeless veterans News from the School of Art, Architecture and Design

'Unknown Soldier' by London Met alum David Tovey highlights the shocking lack of resettlement and support for those leaving the armed forces.

London Met alum and artist and campaigner David Tovey has created a new film to mark World Homelessness Day, which fell on 10 October.

In 2019 it was reported that 16,000 ex-servicemen were homeless or in prison. David used to be one of them. His film, Unknown Soldier, highlights the struggles that people face when they leave the armed forces with a shocking lack of resettlement and mental health support.

In this powerful film and performance, which has been in the making for 29 years, David draws you into a psychological space made up of his own experiences of homelessness, attempted suicide and serving his country.

David, who took the Art and Design Foundation programme at London Met, said: “Imagine leaving school at just turned 16, a young 16 at that, and within weeks you’re being taught to kill people! If that was normal they would be teaching us that in schools, but it’s not!

“I think that explains this show and how hard it has been to make this show. It has bought back memories good and bad that I’ve been hiding from myself for years - joy, surprise, pain, trauma and forgiveness… the list goes on.”

The powerful film provides a disorientating and stark backdrop to a performance blending ambient sound, spoken interview, historical archive footage and moving image to explore homelessness, alcoholism, addiction and the life of a homeless soldier.

To accompany the film, David performs and narrates the journey of a soldier and his battle with mental health, PTSD and homelessness. The whole experience guides the audience through memories lost as David takes the ultimate decision to end his life. 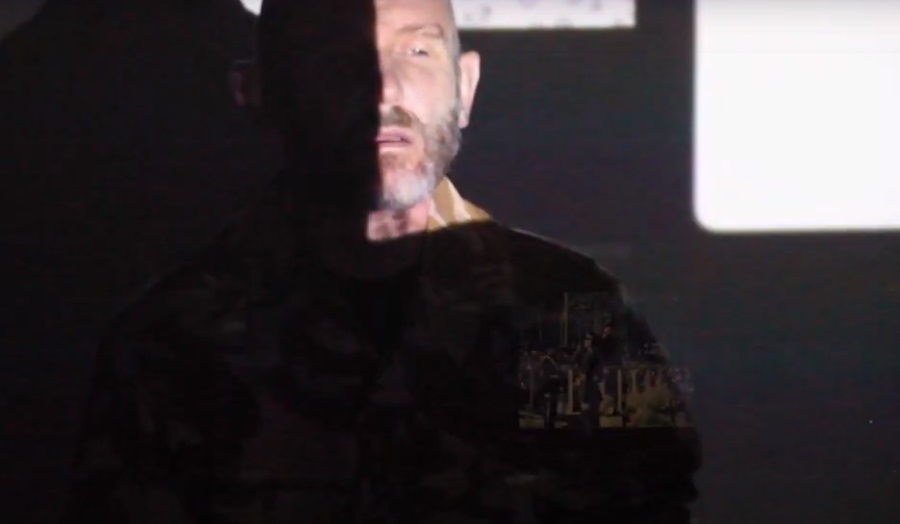