More than £4,000 has been raised since the University launched its Nepal fundraising campaign last month.

The University, which has close links with Nepal, hosted a special evening of entertainment on 18 June, featuring traditional dance and drumming performances, live music, and a charity auction. The event - ‘London to Nepal’ - was a great success, raising £2,309.

Donations from individual fundraising activities, such as Dr Hazel Messenger’s abseil off the Orbit and Alan Ip’s sponsored kilt-wearing, have brought the ammount raised in the campaign to more than £4,300.

Hundreds of staff, students and guests packed into The Rocket on Holloway Road for the fundraising event, where they were treated to a range of performances, a quiz and charity auction. Guests included officials from the Nepal embassy in London; the Co-founders of The Unity of Faiths; and London Met alumnus Kishan Devani, Deputy Chairman of the Conservative Party in London.

Tereza Knazurova, PR & Internal Communications Intern, organised the event. She said: “We are very happy with the event’s outcome. Everyone enjoyed themselves and we’ve raised a really good amount of money. We are looking forward to continuing the campaign in the upcoming months.

“The campaign doesn’t only raise money and build relationships with people in Nepal but strengthens the local community as well, and that’s something we want to be part of.”

Rushi Shrestha, Co-Director of Emerz Marketing who visited the event on behalf of Yak & Yeti restaurant in Finsbury Park, said: “It was a great event, everyone really seemed to enjoy themselves. It was a great opportunity to showcase Nepalese culture and also meet people from the Nepalese community. I think it's amazing that London Met organised this to help people in Nepal. It was a brilliant effort.”

The University is planning a number of activities in the near future, which will be posted on the campaign’s official Just Giving page. 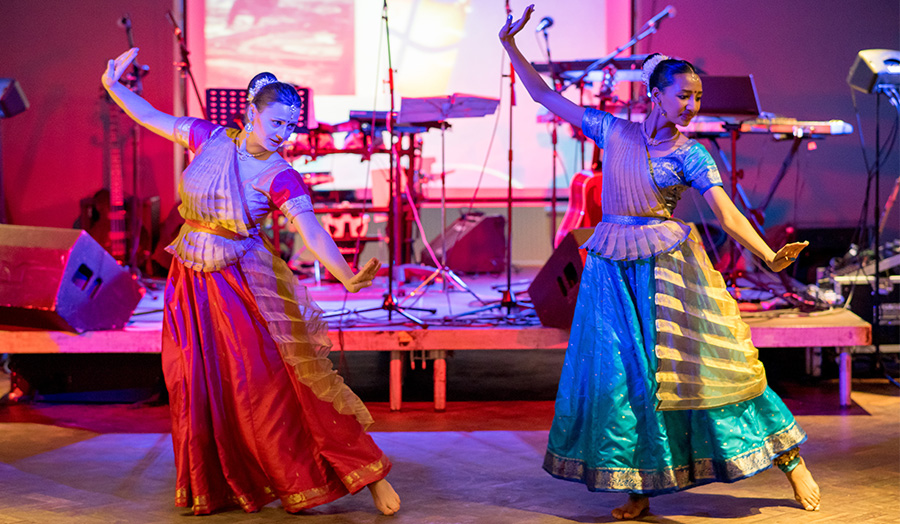