Named after Lady Oliver, former Head of Law at the City of London Polytechnic, a predecessor of London Met, the prestigious competition is open to all London Met law students.

The 2018 competition was judged by Lord Robert Reed, Deputy President of the Supreme Court and the third most senior judge in the UK and Commonwealth.

The subject of this year’s moot final was ‘vicarious liability in the tort of negligence,’ a scenario where one person may be legally responsible for the fault of another. Lord Reed recently set the most important judicial precedents regarding this area of law in the Supreme Court, so London Met students had the chance to moot about a subject in front of the actual judge who had established the existing law.

“I'm going on to do the Legal Practice Course, so cynically, it will look good on my CV. But most importantly, I got to speak in front of a Supreme Court judge alongside three great speakers. It's not likely to happen again, so I will remember that for a long time. It was definitely the best thing I've done on the Common Professional Examination.

Tom was joined in the final by fellow students Austin Hamilton, Andre Jacinto and Nada Karsakov.

Lord Reed commented on the excellence of all four contestants. He noted how well they had engaged with the complex legal materials, and had come up with very well structured and thoughtful arguments, and that they had all responded extremely well to his questions. 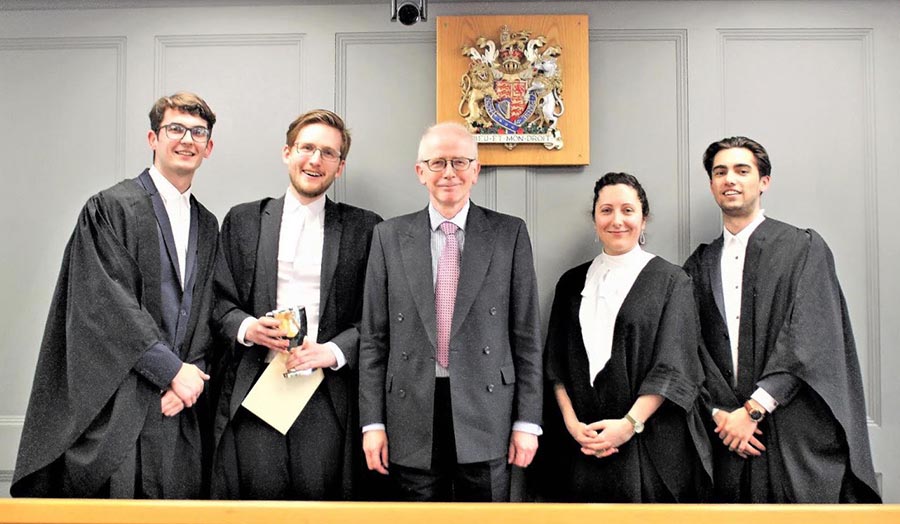