David Landreth and Laurence Prax have secured another victory in the Essex Court Chambers National Mooting Competition to reach the final 16.

David Landreth and Laurence Prax, both law students from London Metropolitan University’s Guildhall Faculty of Business and Law, have reached the next stage in the National Mooting Competition.

The team’s latest opponents were from the University of Kent, who also have a strong-track record in the in national competitions, making the victory for the London Met students an even greater achievement.

The team’s next opponents are still to be revealed for the next stage of the competition, scheduled to take place in March.

Essex Court Chambers National Mooting Competition is in its 43rd year. Rounds are held throughout winter and spring with the finals taking place in June.

David Landreth said that the mooting has given him a great opportunity to get involved and prepare for his career as a barrister.

“I think that being away from London really hits home that you're doing this in a competitive manner, which is nerve-wrecking, but it also makes you work harder and try to remember every tiny detail of the case and all the formalities.

“You get the chance to meet a large variety of people who you wouldn't normally talk to and you get the opportunity to build a wider set of skills.

“Overall it has been a very positive and different experience.”

Laurence said: "It's incredibly exciting to progress even further in the competition, I'm grateful to have received such expert tutelage from our mooting master, Barrie Goldstone, as we could not have done it without him.

“Our past and future success only gives more credit to him and the education we have received from London Metropolitan University.” 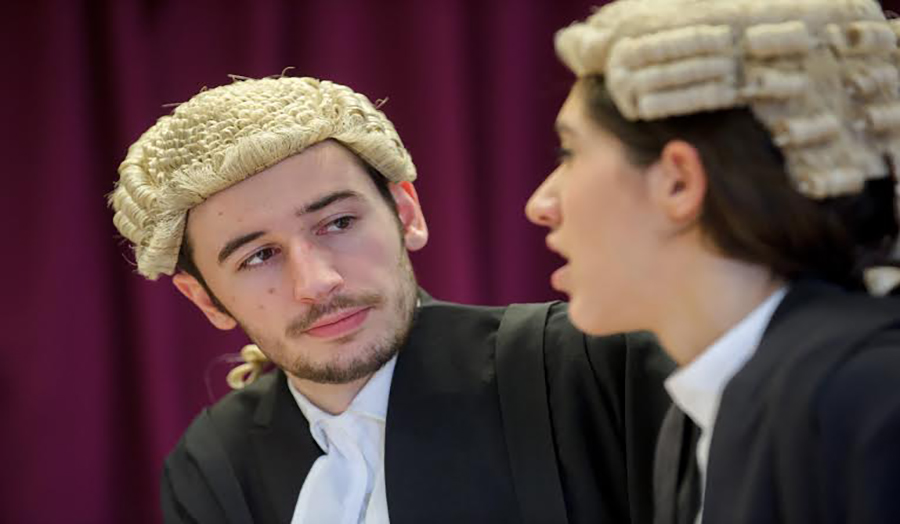