Three members of London Met’s community have been conferred as Members of the Order of the British Empire (MBE) in the Queen’s New Year’s Honours List. The award recognises outstanding achievements or services to the community which have had a long-term, significant impact and stand out as an example to others.

Wendy Shorter-Blake has been awarded an MBE for services to upholstery. Wendy trained at London Met, then called the London Guildhall, in the 1990s and went on to teach Advanced Upholstery at the University between 2004-2007. She is not only a highly skilled craftswoman herself but has devoted her life to ensuring that the skills of upholstery are passed on. Over the last 13 years she has set up a multi-award-winning training centre providing the very best possible standards of teaching based on her meticulous research of traditional techniques and the history of furniture.

She has also worked closely with the charity Fine Cell Work which offers craft training within prison and ongoing support and training for ex-offenders. This year, she will become the third female Master of the Worshipful Company of Upholders.

She said: "I am very fortunate to be in the position of being able to work in a creative environment and on my hobby and passion every day. I was very excited, I felt very honoured to have received the MBE. At the time I had no idea who had nominated me.

“Prior to my upholstery career, I worked in the film industry for 20 years as PA to the film director, Stanley Kubrick, and then as a freelance production coordinator. I returned to my love of upholstery and sewing after having my daughter, and since gaining my professional qualifications I have worked on private commissions and taught advanced upholstery at London Metropolitan University.

“The students at my training centre practice both modern and traditional upholstery and soft furnishing skills and are encouraged to use their creativity to stamp their own individual identity into a piece.”

Additionally, Carol Boswarthack, who studied BA Librarianship 1980-1983 at London Met (then Polytechnic of North London) received an MBE for services to libraries. Carol is now Head of Barbican and Community Libraries and runs the lending libraries in the City of London with a remit including community centres, estate housing office and Children's Centre services. A past President of the Association of London Chief Librarians, an active member of the Society of Chief Librarians Executive she spends most of her time on budgets, partnership working, statistics and fire fighting, but always finds time to read every day.

She said: “It’s a real privilege to be honoured for a job that I’ve loved all my life. It’s been a delight to work with members of all our communities to make sure libraries stay relevant for everyone. This is an honour for all our staff and anybody who works in any library, anywhere. All my working life, I have been proud to be a librarian. It’s an amazing profession and I’ve worked with some incredibly talented and inspirational people. My degree has opened so many doors for me and laid the foundation for a really wonderful life.”

David Michael, who holds an honorary Master of Arts degree from London Met, was also awarded an MBE for services to the community in Greater London. David the first Officer of African heritage to serve in the Lewisham police in modern history and at the time was one of only eleven black Police Officers in the London Metropolitan Police, from a total of 22,000 serving members. David had a successful and productive police career, retiring as a Detective Chief Inspector at Scotland Yard after 30 years of duty. 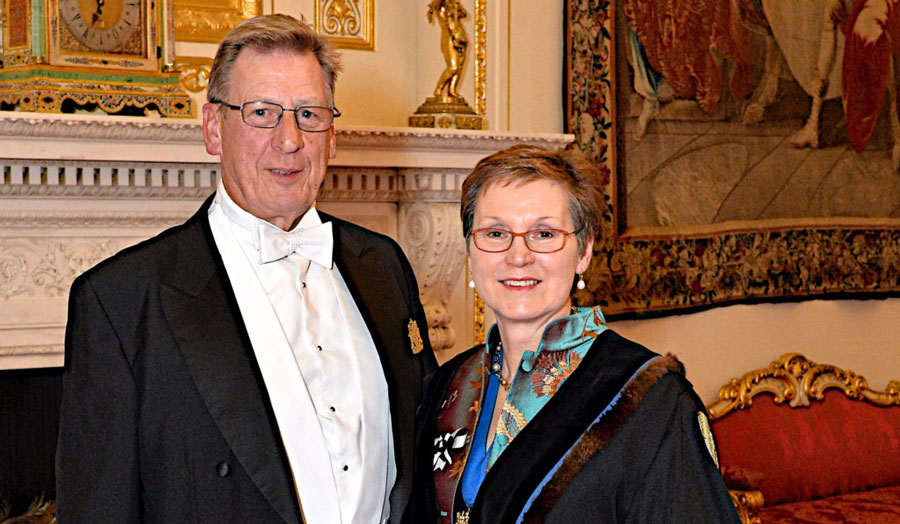