Majeda Clarke, a student studying on the BA Textile Design course at The Cass School of Design, has been shortlisted for the Bemz Design Award.

Majeda Clarke, a student studying on the BA Textile Design course at The Cass School of Design, has been shortlisted for the Bemz Design Award, an award launched in 2013 for design students in the UK, France, Germany and Sweden.

The award is now at The Bemz People’s Choice stage and throughout February the public can vote at Bemz for their favourite entry from each country (including Majeda, naturally). The final four winners will go forward to the international final, judged in Sweden in April.

Bemz.com is an online company best-known for its extensive range of slipcovers for IKEA furniture. The Bemz Design Award was developed with the aim of helping the next generation of textile designers break into the big league, encouraging students working with textiles across Europe in their future careers and inspiring upcoming generations of designers. Majeda submitted her designs in December and was chosen for her entry entitled ‘Patchwork Landscapes’.

One lucky winner from each of four countries - the UK, Sweden, France and Germany will win the chance to have their design introduced into the ranks of the Bemz Designer Collection. If Majeda wins, her name will sit alongside long-established and illustrious designers like Marimekko and Designers Guild.

Talking about her succes Majeda said, “I really enjoyed working on The Bemz Design Awards and I’m delighted to have been selected for the shortlist.  Patchwork Landscapes was inspired by the beautiful landscape paintings of the Camden Town Artists from the early 1900s - and by Marshwood Vale, in West Dorset, an area I know well and love.” 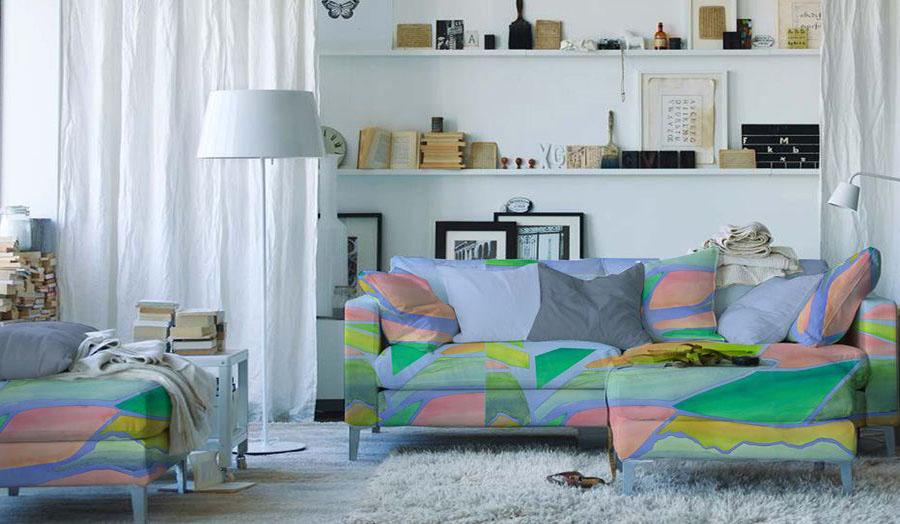