Theatre and Performance alumna Sarah MacKenzie is an actress, presenter and writer who graduated in 2011. Since then she has set up her own theatre company Mackmade productions and helps run the Our World project: a series of plays written by LA based writer and director Larry Heimgartner that tackles social issues that face young people throughout the world.

Sarah runs the London cast of 'Are you Positive?' a HIV awareness play and works in association with The Make a Difference Trust, one of the West End leading charities. She has taken her work on several world tours.

Sarah has just returned from her third trip to Belize in South America. She co–wrote and performed her one woman show, '1 of 2', based on women's rights, to the young women on the island. She has now performed the play in LA, Mexico, Belize and throughout the UK and strongly believes theatre is the best method to deliver important messages and bring about change.

Studying at London Met, she was not only trained to be a versatile actress but was armed with many skills that have proved essential to her success within the industry, including producing, writing and directing. She was lucky enough during her time in Belize to not only perform, but to (see photo) hand out paletas (ice lollies) to the children of San Pedro. 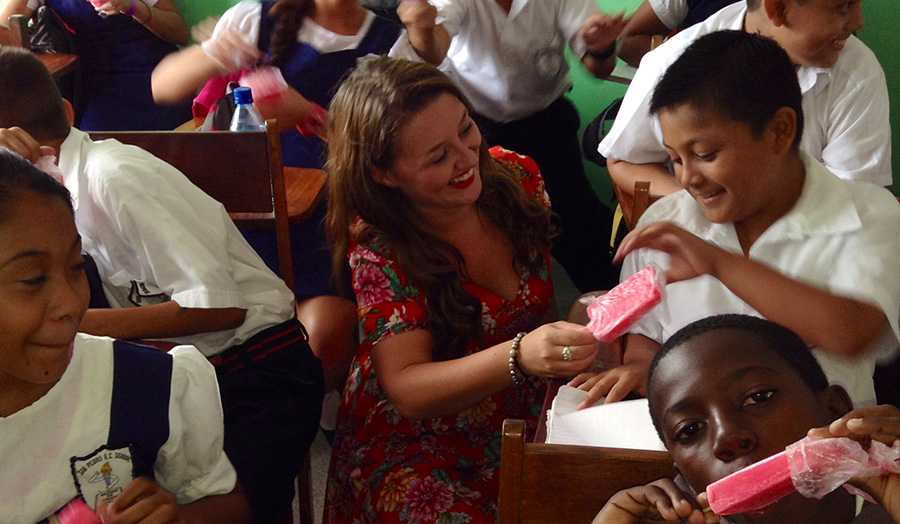