Love and Violence News from the School of Art, Architecture and Design

The subject of 'Love & Violence' is the focus of an important group exhibition now showing at the Galleria Civica Cavour in the historic city of Padua, where it has already attracted thousands of visitors and national press and television coverage.

Senior Lecturer in Theatre & Performance Dr Jacek Ludwig Scarso is one of 27 artists worldwide selected by curators Barbara Codogno and Silvia Prelz to respond to this theme.

His video L’Entraineur, already exhibited at London’s Science Museum, and his installation Boys Toys Glory are both featured here, in an ironic look at contemporary masculinity, in which machismo and violence are still dangerously persistent in​ what it means to “man up”.

The exhibition, which is currently being planned for an international tour, also includes a series of conferences on the psychology of gender, violence and domestic abuse, hosted in collaboration with Universita di Padova,​ known as one the earliest university institutions in the world.

‘Love and Violence’ runs until April 2017 at the Galleria Civica Cavour, Padua. 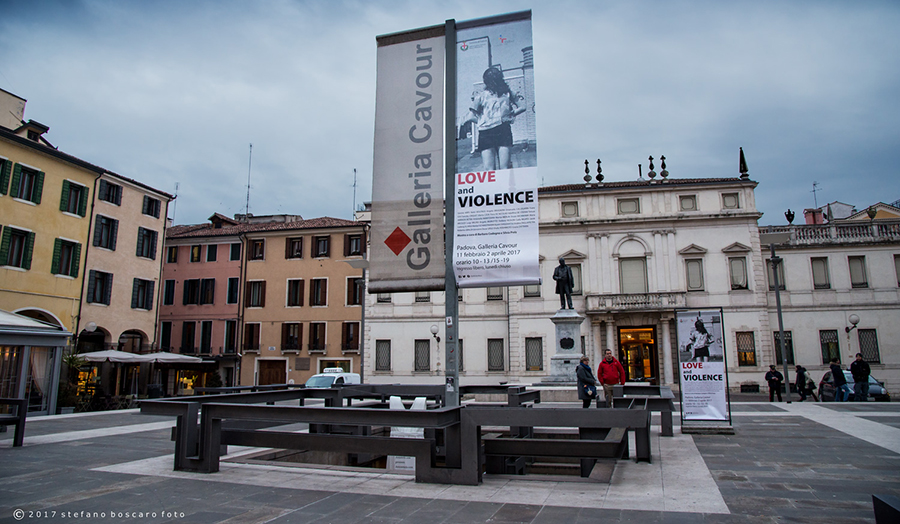