Looking to the future of jewellery design News

Lieta Marziali, a jeweller and MA by Project student at The Cass, has been selected to take part in the Association for Contemporary Jewellery's 20th anniversary exhibition.

Lieta Marziali’s “Round The Bend” brooch will be on display as part of the 20:20 Visions exhibition by the Association for Contemporary Jewellery (ACJ). The exhibition opens 14 January at the National Centre for Craft & Design in Sleaford before embarking on a nationwide tour.

Displaying the best of new jewellery, 20:20 Visions focuses on the progression of design and techniques made over the last twenty years. The exhibition is split into two parts, 20:20, where twenty of the Association’s most prominent members will show work from 1997 alongside a new piece and Visions, which offers a snapshot of the best work from current members.

Chosen from  a range of work by the ACJ’s 500 current members, Lieta’s brooch was selected by a panel of respected professional advisors for inclusion in the Visions exhibition. This part of the exhibition demonstrates the full breadth of materials and techniques being used in cutting edge jewellery.

Lieta is currently in the second year of the MA by Project course, a research degree through which she is exploring the horizons of jewellery practice. She says: “The course was recommended to me because of the reflective way I approach my work. For me it was an opportunity to embark on a very personal research journey to understand the facets of my practice and concentrate on which aspects I wished to further expand.

“I feel very privileged to be guided along this path by Simone ten Hompel and to be part of such an extremely rich multi-cuItural and multi-disciplinary group.”

The Visions 20:20 exhibition comes at the end of a busy and successful year for Lieta, which has included participating in the Pass It Along Project, created and managed by Cass MA Jewellery graduate Penny Akester, exhibiting her work at Tincal Lab in Portugal and having her work selected for publication in the upcoming book, “Tales from the Toolbox: Narrative Jewellery”.

Image: Round The Bend by Lieta Marziali 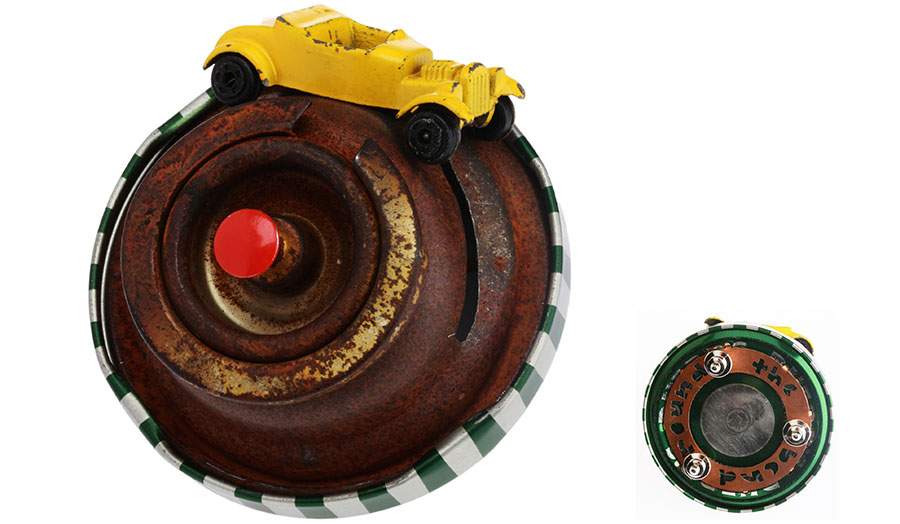