Promise to 'Inspire a Generation' has led to an altogether different outcome, claims academic

Steve (with the microphone) addresses delegates at the conference


A Sports Management academic at London Metropolitan University has compared the London Olympics to a Trojan horse in light of the declining level of sports participation in the UK after just one year of the Games.

Speaking at a conference in China, Stephen Hills highlighted the role of the London Olympic Games in boosting trade and tourism, but suggested that the promises of ‘Inspiring a Generation’ represented a ‘Trojan horse’ when considering the evidence of what has happened at previous Olympic Games.

“Such patterns of increased trade and tourism but no sustained increase in sports participation have been evident in previous Olympics, so the official aim to ‘Inspire a Generation’ was always going to be a huge challenge,” said Stephen, who lectures in Sports Management in the Faculty of Business and Law.

“The UK took a twin-track approach to Sports Development, aiming to increase mass participation and deliver international success. However, since London’s successful bid to host the Olympic Games, the balance has shifted markedly towards the elite agenda of achieving international sporting success, at the expense of a ‘sport for all’ approach.

“The legacy of an inspired generation has not yet been delivered. We all sat on the sofa cheering on Mo Farah, but we haven’t been inspired to engage in sustained exercise ourselves and the opportunity for the UK Government to leverage the Games is getting weaker every day.”

Stephen made the comments at the Young Scholar Workshop on Youth Sports Development at the Capital University of PE and Sport in Beijing. He was invited to speak at the conference on the recommendation of fellow Sports Management experts, a testament to Stephen’s expertise and influence in the field despite being in the early stages of his career.

The workshop was attended by other young scholars from China, Canada, and the United States, as well as Division Chiefs from the General Administration of Sport of China and the Director of the Chinese Football Association.

Stephen has written a chapter for an upcoming book based on the conference, Club-based Sport Development: Policy, NGB and Sport Clubs in UK, Canada, and USA, edited by the conference organiser Xiaoyan Xing, which will be published next year.

Find out more about the Faculty of Business and Law 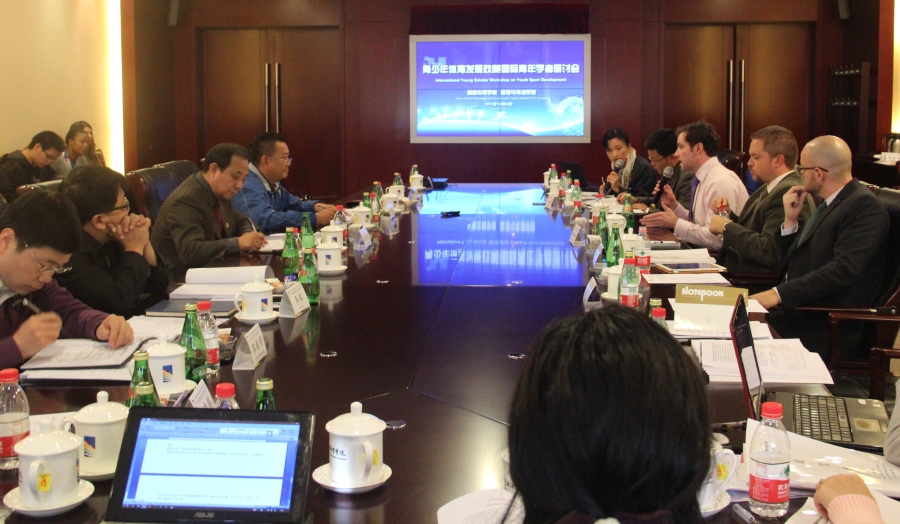