London Metropolitan University has reaffirmed its commitment to Islington, Tower Hamlets and London by pledging to put the economy and quality of life in the local community top of its list of priorities.

London Met joins more than 40 other institutions – which include many of the best-known names in higher education - in committing to produce a “Civic University Agreement” in partnership with local government and other major institutions.

The new agreement is a key recommendation in a report published today by the Civic University Commission set up by the UPP Foundation and chaired by the former Head of the Civil Service, Lord Kerslake.

The report sets out how universities like London Met have the capability, opportunity and responsibility to support the places where they are based on solving some of their most pressing challenges.

These issues range from are helping local businesses in Islington, Tower Hamlets and the capital to adapt to technological change, to boosting the health of local people, improving education for school pupils and adult learners, and training and developing new civic leaders in every field from politics to the arts.

The report aims to help universities like London Met build on the excellent work that many of them are already carrying out in these areas, working alongside councils, employers, cultural institutions, schools and further education colleges.

Professor Lynn Dobbs, Vice-Chancellor of London Metropolitan University, said: “Great things can be achieved when organisations work together to build a better community for us all. Signing the Civic Universities Pledge is a signal of our commitment to that

“Our graduates work in Islington and beyond in professions ranging from the arts and cybersecurity to social work and sports therapy, and many more besides. They’ve grown up, lived and transformed their lives through education in Islington, Tower Hamlets and London, and they are now making a huge contribution to their community.”

Lord Kerslake, the chair of Sheffield Hallam University, and a former Chief Executive of Sheffield City Council and Permanent Secretary at the Department of Communities and Local Government, added: “Universities have an irreplaceable and unique role in helping their host communities thrive – and their success is bound up with the success of the places that gave birth to them.”

Richard Brabner, director of the UPP Foundation, said: “Universities can make a real difference to the places they are located in through reinvigorating their civic role. But this is not just a responsibility; it’s also an opportunity.

“This is an important report with concrete recommendations that all universities will want to consider. The UPP Foundation created the commission to look at what it means to be a Civic University in the 21st Century and ask local people what they wanted from their local institution.

“We know that many universities want to build engagement with the community around them. It’s excellent news that such an impressive list of institutions has already signed up and the UPP Foundation strongly endorses the report’s findings.” 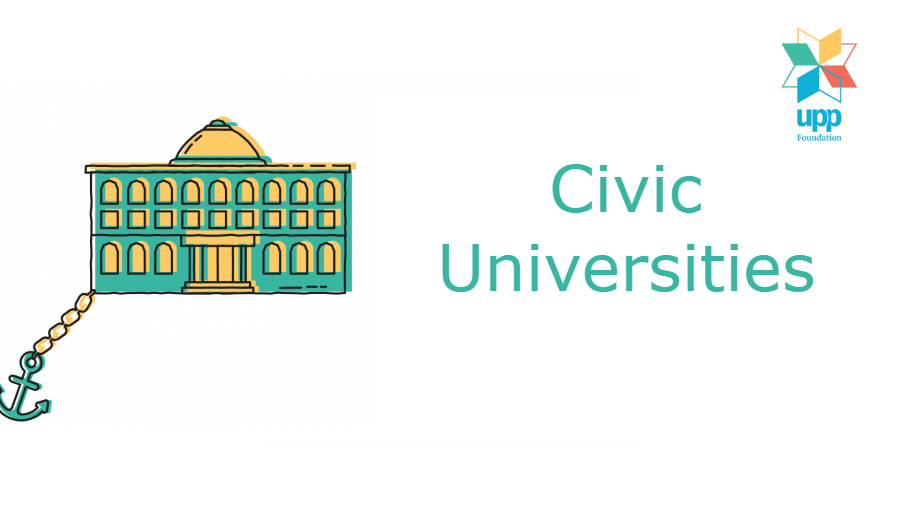