London Met’s efforts to improve sustainability and reduce carbon emissions have been recognised once again.

The awards promote environmental leadership and attempts to inspire people working in the public sector committed to reducing the carbon footprint of their organisation. The Best Energy Management award is judged on cost effectiveness, communication, partnerships, innovation and carbon reduction commitment of the project.

“It's fantastic that London Met have become a sector leader in carbon reduction and we want to build on this success,” commented Rachel Ward, the University’s Sustainability Manager

“The judges were particularly impressed with the works we undertake to match our room bookings exactly with our heating and cooling.”

The University was also successful in the Green Apple Environment Awards which are an international campaign to recognise, reward and promote environmental best practice around the world. The University received a silver award.

As part of the new Carbon Management Plan, the University will be installing solar panels on top of the Science Centre. This will be the University's first renewable energy source when it’s installed in December. A digital display screen in reception will also be set up so staff and students will be able to see how much electricity the panels generate.

London Met has recently been named “best in England” for carbon reduction after highly successful schemes, including a new electric mail van, have been introduced to the university.

The success comes after London Met’s nomination at the Green Gown Awards.

Since 2010, the University has reduced its carbon emissions by 47% and have saved over £1.5 million in energy costs.

You can find out more about the work done by watching the video on London Met’s YouTube page. 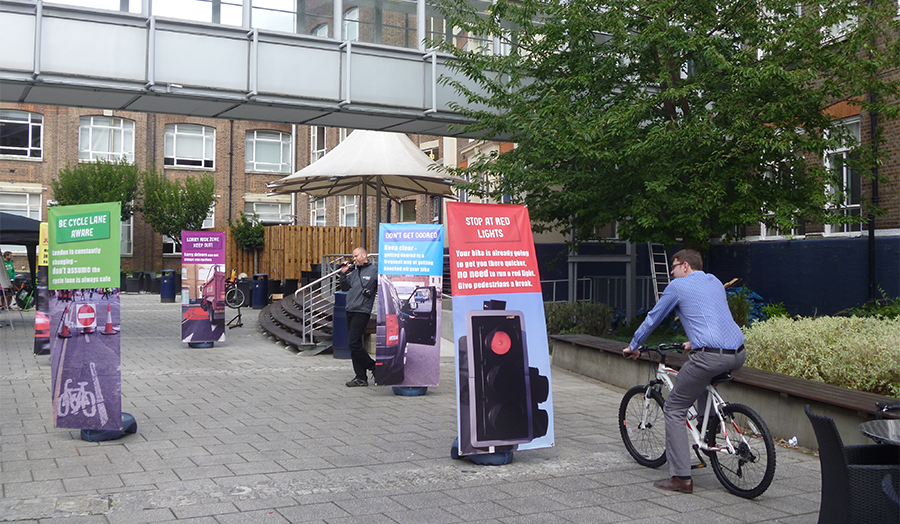