London Met has welcomed a new cohort of international scholarship students to the University, highlighting its global reputation as an inspiring place to study.

The students have all achieved prestigious scholarships to study at London Met, including Chevening, Commonwealth and GREAT (India) scholarships. They are all undertaking Master’s level study at the University in the 2016/17 academic year.

This week, London Met’s Vice Chancellor, Professor John Raftery, met with the students to officially welcome them to the University.

Professor Raftery invited each of the scholars to say a few words about themselves, their experiences leading up to the attainment of their scholarships, and their plans after study.  All of the scholars, without exception, expressed their appreciation for being given the opportunity to study at London Met.

The personal histories of the scholars were revealing, diverse and thought-provoking; a remarkable meeting unfolded as the scholars’ shared their life experiences, some of which had orbited around the violent consequences of war.

Two of the scholars had chosen to study on London Met’s highly regarded MA Woman and Child Abuse.

One of the scholars, Grace, said: “I did social work in Malawi for a number of years and I want to broaden my knowledge by taking this Master’s. I chose this course because I have a heart for women.”

Another scholar, from Nigeria, is studying MSc Human Nutrition because his aim is “to help solve the problem relating to food insecurity in Nigeria, and Africa in general.”

The students have travelled from seven different countries: Afghanistan, Cuba, India, Malawi, Nigeria, Syrian Arab Republic and South Caucasus.  Some had never left their native countries before, but all were enthusiastic about living in London.

Professor Raftery said: “We hope our scholars emerge from their studies as strong, resilient and independent people. London Met is here to transform lives through excellent education, but this doesn’t just mean the lives of our students. These scholars will undoubtedly go out into the world and make positive impacts, and we are delighted to play a role in that.” 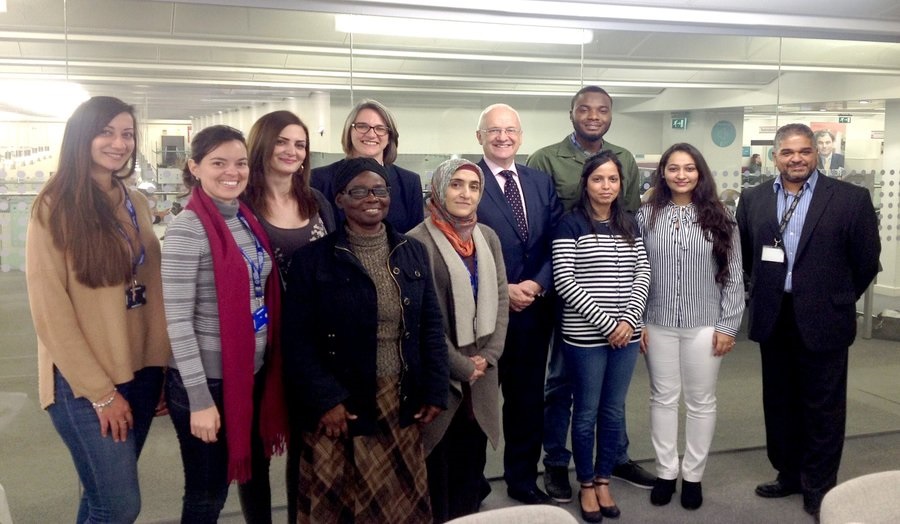