Two Law students have beaten SOAS in the first round of a national prestigious mooting competition.

Two LLB Law students from London Metropolitan University have earned a place in the last 32 of a prestigious national mooting competition after overcoming local rivals SOAS, University of London, in the first round last month.

Austin Hamilton and Nada Karsakov are representing London Met in the 2018 ESU-Essex Court Chambers National Mooting Competition. The topic in the first round was ‘gross negligence manslaughter’.

“Whenever you compete against a University as renowned as SOAS, and win, you have to be proud of your team,” said Austin.

“Nada is an amazing talent, and Barrie [Goldstone, Head of Law at London Met] continues to coach us to our fullest potential. I am excited about our future in this competition.”

The ESU–Essex Court Chambers National Mooting Competition is one of the longest established national mooting competitions in the UK. The winning team is presented with a silver mace and the two winners take away £1,000 each and a further £1,000 for their institution. Runners-up are awarded a cash prize of £750 each with a further £500 going to their institution. All four finalists are offered much-sought after mini-pupillages at Essex Court Chambers to kick start their careers as advocates.

In taking part in a moot, students do not just show their knowledge and skill in handling legal materials, but also their ability to practise the art of forensic and persuasive argument in a concise and effective manner.

Nada and Austin were selected after taking part in an internal audition which was open to all London Met Law students. This year, 64 universities across the UK are taking part. 32 universities have successfully progressed to round two, which is expected to take place in February 2018.

Details of the next round and who London Met will compete against will be posted on the ESU mooting website. 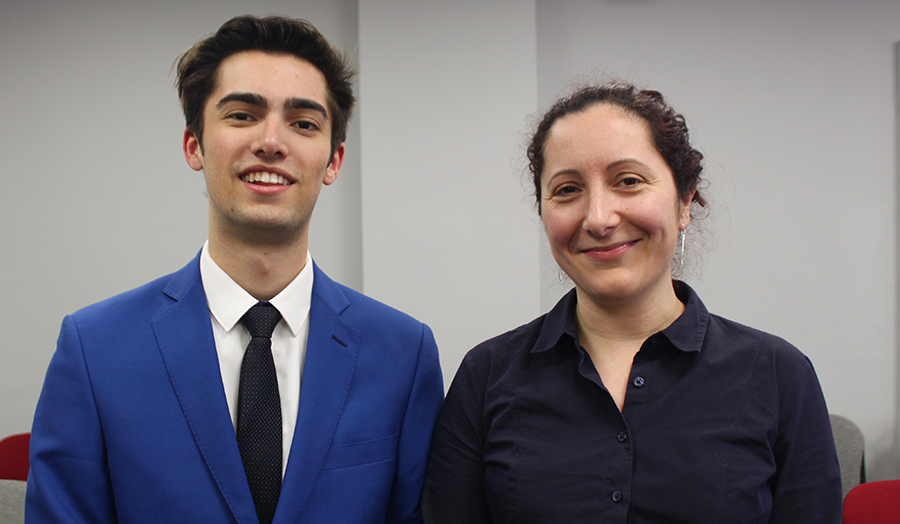