The plaque will commemorate the afterparty of the inaugural 1972 Pride March, which was held in London Met's Holloway Road building.

London Met is set to have a new plaque installed outside its Holloway Road building to commemorate the first London Pride March of 1972, which saw its afterparty held at the University site nearly half a century ago.

This comes as part of local initiative Islington’s Pride, funded by the Heritage Lottery Fund, and part of Islington Council’s heritage team, which will see plaques installed across the borough to celebrate Islington’s history of promoting LGBTQ+ rights in Britain.

Residents will be able to follow trails between the different plaques, ranging from individuals, organisations, and venues, to find out about all the rich LGBTQ+ history right here in Islington.

The first plaque, at Islington Town Hall, celebrates Bob Crossman, who became the first openly gay mayor in the UK in 1986.

The LGBTQ+ Heritage Trail is an interactive map of Islington that collects the people, places and organisations – past and present – with 50 interactive plaques, each one uniquely scannable to find out its personal history. Many contain images and references to the extensive Islington’s Pride Archive, and lots will contain snippets of the oral histories that Islington’s Pride have collected throughout the project.

The map can be accessed on a mobile device when coming across a plaque while out and about, or viewable on your home computer.

Islington’s Pride is an evolving project, so expect to see more entries and additions on the map, which currently has 150+ points of LGBTQ+ heritage.

Cllr Troy Gallagher, Mayor of Islington, said: "The Heritage Trail is a great opportunity for all of Islington to learn more about the important LGBTQ+ history that is part of our identity as a borough.

"Islington Council is dedicated to challenging inequality and any forms of discrimination where we find it and is proud to support this important project which builds a fairer Islington." 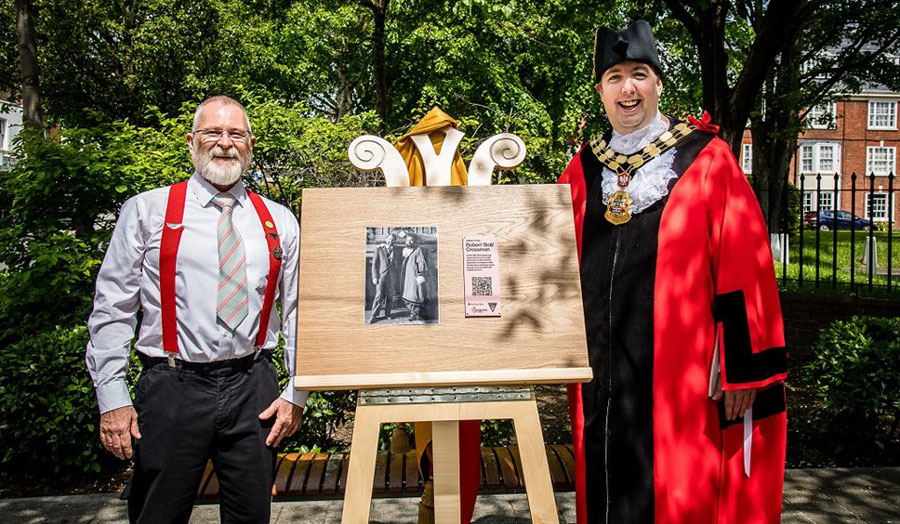