With the so-called ‘STEM’ subjects of science, technology, engineering and maths becoming increasingly important to the global economy, London Metropolitan University is helping young people develop the skills to excel in these fields.

The University teamed up with the Royal Institution to host a series of mathematics and engineering ‘Masterclasses’ for local school and sixth-form students, run throughout spring. The Masterclasses went beyond the school curriculum and brought maths, computer science and engineering to life in surprising areas, such as art and sculpture, design, medicine and cryptography.

Hundreds of local students took part in the workshops, which were held on Saturdays at London Met. They provided pupils with an alternative approach to STEM subjects as well as a glimpse of what university life is like.

“The Royal Institution's Maths Masterclasses gave the students a great insight into what their subject of interest would be like at university level,” explained Renzo Veschini, Schools, Colleges and Widening Participation Officer at London Met.

“The Engineering Masterclasses, which were aimed at younger students, were very interactive and brought the subject to life by looking at real world applications,” he said.

The university-style lectures and workshop-based teaching in the Masterclasses were different to what most pupils experience at school, and some were quite taken aback by the contrast in learning style.

“It can be a culture shock, but we have worked on making the lectures interactive and fun,” added Renzo.

The London Met series was part of the Royal Institution’s national network of Masterclasses, which are run across the country.

Diane Crann, Mathematics Programme Manager at the Royal Institution, said: “We write to schools and ask them to nominate students with an enquiring mind who would like to discover more about the world in which they live.

“Our main aims for the Mathematics Masterclasses are to enthuse and inspire very able young mathematicians to believe that there is so much more to the subject than school-curriculum maths.

“Sessions are outside the school curriculum and held by professional mathematicians who are passionate about their subject and able to communicate complex concepts to a younger audience in a fun and creative way.”

Both London Met and the Royal Institution provided three highly regarded professors or lecturers to teach in the Masterclasses, and students also had the chance to use the London Met’s high-tech ‘Superlab’ which, for many, was an exciting and new experience.

One of the experts teaching in the series was Dr Saeed R Taghizadeh, Academic Group Leader for Communications Technology in London Met’s Faculty of Life Sciences and Computing. He said: “One of the benefits the University hopes to achieve is inspiring young students to become engineers - but in particular 'women in engineering'.”

Dr Taghizadeh hosted a Masterclass on Radio Communications Engineering where the students were given a short presentation on how radio signals are transmitted and then had the chance to build their own device.

“The session was most enjoyable, especially when the groups were working together to apply their knowledge to design the radio,” Dr Taghizadeh said.

“When leaving, a couple of groups mentioned that it was 'the best class ever' and how much they enjoyed it. They said they had never thought it could be so simple to make a radio!”

The project is testament to London Met's committment to widening access to Higher Education and inspiring young people to take an interest in University study. The University runs numerous projects in the local community and works closely with schools in Islington.

Plans for the next series of Royal Institution Masterclasses at London Met are already underway. The next series at the University will take place in January 2015.

If you want to know more about studying Maths or Science at London Met, please visit the Faculty of Life Sciences and Computing website. 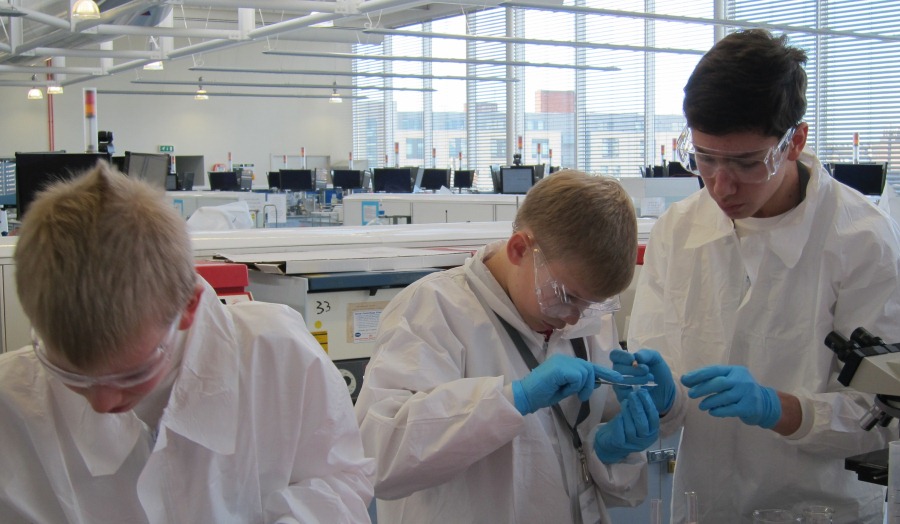