The University, which has been committed to paying the London Living Wage since 2014, joins the campaign to make Islington North London’s first Living Wage Borough.

The University has been committed to paying the London Living Wage since 2014, and is now calling on its neighbours to make the change through the campaign led by Islington Council.

Together with organisations including London Met, Whittington Health and Archway Tavern, Islington Council has committed to ambitious plans to double the number of Living Wage accredited employers and workers over the next three years.

Sophie Cloutterbuck, Director of London Engagement said, "London Met is committed to being a fair, equitable and progressive institution. Everyone deserves a Living Wage, and we are proud to support Islington's campaign, which should see more than 3000 more Islington workers receiving the London Living Wage in the next three years."

Matthew Prestage, student and social media ambassador for London Met said, "I work a flexible role which works really well with my studies. If I have a really busy period at university, especially around exams, I can dial back my hours, then ramp them up when I'm less busy. I wouldn't be able to dial back my hours during the busy times if I didn't have the London Living Wage to fall back on, so it couples really well with the fact that I am a student.

The Living Wage is the UK's only wage rate based on the cost of living. Accredited employers commit to pay workers a minimum of £10.85 in London, and £9.50 outside of London in order to cover their everyday needs.

Laura Gardiner, Director of the Living Wage Foundation, said:"The incredible challenges of the past year have been felt by thousands of workers and families, in Islington, London and the rest of the UK. Many have struggled to keep their heads above water.

"That's why it's so encouraging to see employers come together to drive the development of good jobs with a real Living Wage. If we are to recover from this crisis, we will need to see more boroughs, towns and cities follow Islington's leadership, and commit to provide workers with the security and stability of a real Living Wage." 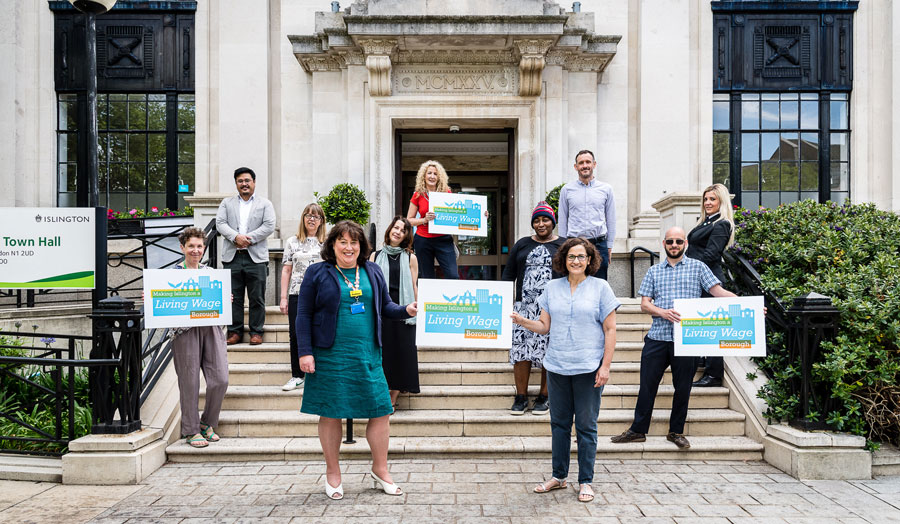