Students from London Metropolitan University have been named the UK’s top fundraisers in a competition run by The Prince’s Trust.

The students took part in the Million Makers Challenge, which tasks university students and employees with raising £1million for the Trust – making a real difference to the lives of disadvantaged young people across the UK.

The London Met students raised £2,267, the highest amount in the country, and were named UK university winners at the Million Makers National Final in London’s Leicester Square.

Some of the students’ approaches to the Million Makers Challenge can perhaps be described as a little cheeky. Music industry management student Nick Francis reckoned on standing out like a sore bum to raise money, and declared that he would have the name of the highest donor tattooed on his rear.

“To attract attention you need to do something that is really different, innovative and out there,” Nick said. “I am definitely an opportunist and I like to say yes often. If I think something is interesting or fun, I’ll just go for it, and that is what’s led me to this situation!”

Nick raised over £820 through the stunt. The winning bidder was his father, who donated £200 - outbidding his mother, much to Nick’s relief.

The students also organised a major entertainment event which featured stand-up comedy and a fashion show to reach the impressive fundraising total.

Speaking at the event, Rosi Mason, one of the student organisers, said: “Million Makers was a great project to be involved in and has provided us with some fantastic experience.

“I’m grateful to The Prince’s Trust for giving us this opportunity, and to the staff at the University who have supported us and helped make this happen.”

Rosi’s views are echoed by Nick, who added: “It feels incredible to win such a large scale event, we're very proud to have done so well. It’s been amazing for everyone, and each of us can take away so much from the experience. I’m so glad to have helped a great cause too.”

Sarah Church, Million Makers manager at The Prince’s Trust, says: “We’re delighted that the London Metropolitan University was able to raise more than £2,000 for our youth charity – more than any other university has raised to date.

“The Million Makers at the university are helping us to continue delivering vital programmes to support young people, as well as provide one to one mentoring that will boost their confidence to get them back into work, education and training.”

The students were supported by staff members Anup Mistry and Tahera Huda, who also attended the Awards. The London Met team was presented with their prize by famous actress and Prince's Trust Ambassador, Brooke Kinsella. 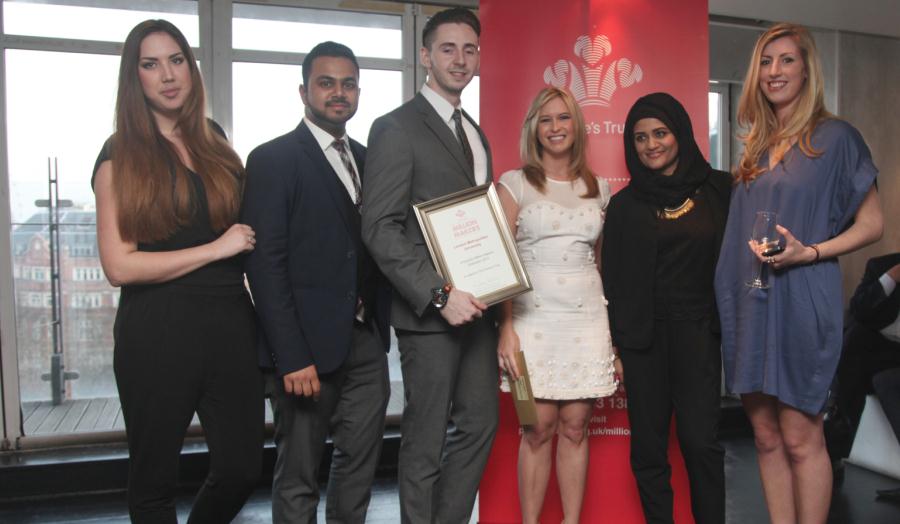