Amy Chave, who has since started a PhD in Pharmaceutical Science at London Met, won the prestigious Undergraduate Pharmacology Prize.

Amy Chave has been announced as a winner of the British Pharmacological Society's (BPS) Undergraduate Pharmacology Prize. The prize recognises students for their performance in the final year of their degree, which includes a pharmacology research project.

Amy's project focused on a group of natural products known as marinoquinolines, which are produced by certain marine bacteria.

She explains, "Early screening of these compounds and their derivatives has suggested that they might form the basis for new therapeutics for diseases such as Alzheimer's and Parkinson's. Building on previous synthetic studies (including those of my supervisor himself), I was able to successfully synthesise a novel marinoquinoline derivative using aryl sulfonyl radicals - a new way of synthesizing these compounds that avoids the use of toxic catalysts used in the past. Following on from that, I began screening some marinoquinoline derivatives to see if they would inhibit protein misfolding, a key feature of Alzheimer's disease."

Asked how it felt to have her work recognised by the BPS, she said, "Just to be nominated by the university was a wonderful surprise. That was completely unexpected, let alone being selected as a winner. When I started my degree, I had no expectations - 'I'll just try to do my best.' I'm humbled to have received such a prize. The School of Human Sciences and the wider university have an excellent culture of supporting students. Lecturers and mentors are always generous with their time and expertise. I'd particularly like to thank my project supervisors Dr Patel, Dr Terry and Dr Meimaridou for their patience and encouragement. Without their excellent supervision, I would have been nowhere near a BPS prize."

Amy has since started a PhD in Pharmaceutical Science at London Met, also focusing on marinoquinaline derivatives. “In many ways, it's a direct continuation of my undergraduate work, she says, "Initially, I'm conducting further experimentation into alternative methods of synthesizing these compounds using radical chemistry and hope to move on to conducting some more screening of their biological properties. I'm enjoying the opportunity to conduct research with the university and in the future, I suspect I will stay in academia in some role or another."

Dr Chris Bax, Course Leader of Pharmacology BSc said, "All of us in the School of Human Sciences would like to congratulate Amy for her hard work, which has rightly been recognised by the British Pharmacological Society.

"Throughout her studies here, Amy has shown great promise, culminating in her outstanding final year project report on the novel synthesis and screening of a marinoquinoline A derivative.  I'm delighted she's chosen to return to London Met for her PhD and I look forward to seeing what she goes on to achieve." 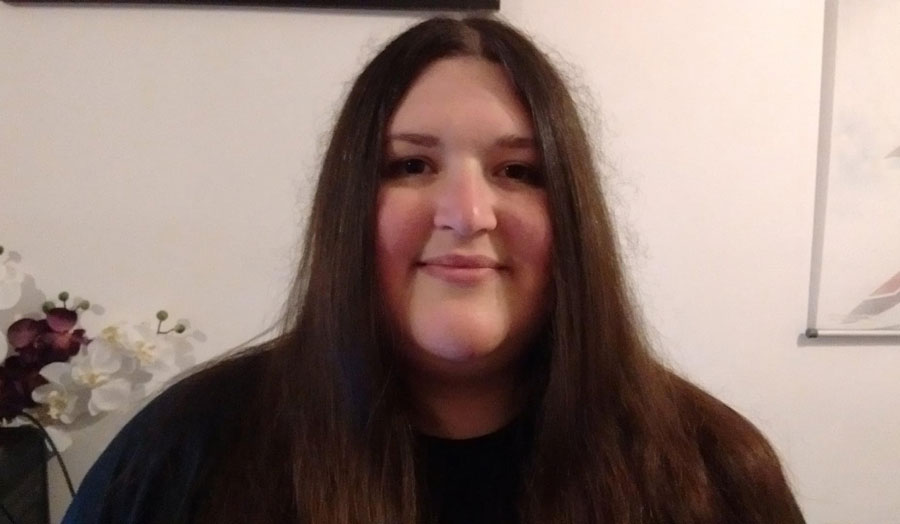