The Minister for Sport has praised London Metropolitan University’s partnership with Premier League giants Arsenal FC, saying it links the community to the country’s most celebrated sporting platform.

“The Premier League is the country’s most famous sporting brand but it needs partners like London Met to connect with the community,” Hugh Robertson MP said.

Mr Robertson commented on the programme as the Premier League launched a report into its £45m community engagement scheme, Creating Chances, at the University on 21 March.

“This University provides the expertise, facilities and means of connecting the professional game to the community. It has fantastic facilities too, so it’s great to see them opened up in this way.”

To help mark the event, course participants from London Met hosted a coaching session for 35 students from Pakeman Primary School in the sports hall at the Science Centre.

“It is something we, and they, can only do because of the success and strength of the Premier League,” he said.

Rebecca McKenna recently graduated from the foundation coaching programme, saying it has thrown open her options for achieving a professional career in sport.

“The course was highly practical, but there was a lot of theory as well. We looked at the psychology and the physiology of professional sport and it made me realise there is a whole other side to sport which is now an option for me,” Ms McKenna said.

“The course has certainly opened up a lot of opportunities.”

James Warnock is in charge of the course at Arsenal and said London Met was a natural fit to help make it a reality.

“We’re just a stone’s throw away from London Met and it makes sense to form relationships with those closest to you – we now have a great relationship with the University,” Mr Warnock said.

“The course is in the early days but we are now looking at introducing a third-year component. I suspect it will only grow from here.”

The report launched at the University claims the Premier League filtered £45m into community sporting projects in 2012, employing 1,600 club staff who delivered 840 projects to half-a-million individuals. 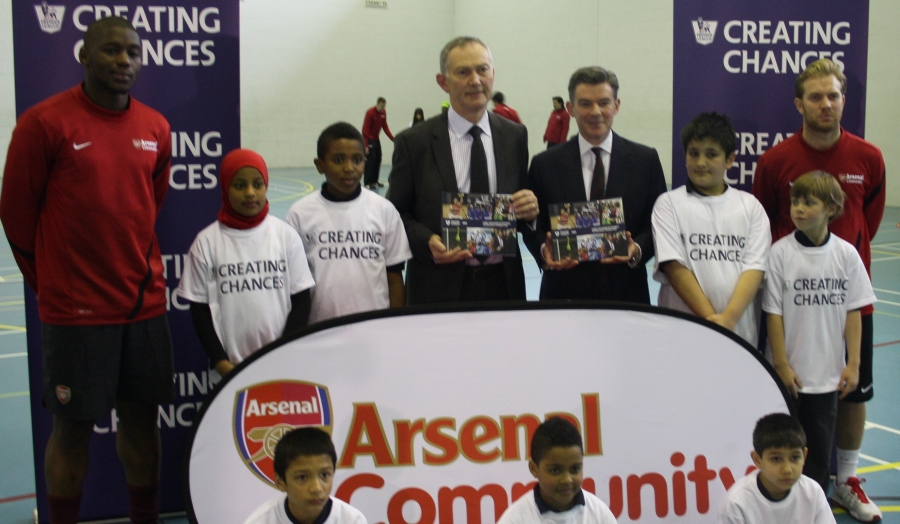