Interviews with students and alumni from London Met's partner institutions in Nepal show the value of international partnerships not only for graduates but for the wider community.

Through interviews with 25 current and past students of three institutions in Nepal which are partners of London Met, they show how international partnerships can improve prospects not only for graduates but for the wider community.

The partnership, the authors note, was informed by UN Sustainability Development Goals, which were adopted by 193 member states of the UN and which emphasise that sustainable development is built on quality education. It is operated through a franchising arrangement, wherein the local partner is responsible for the physical infrastructure, such as buildings and computers; the academic and administrative staff, and the recruitment of students. London Met was responsible for providing materials and assessments in the first year of the partnership, and remains responsible for external examination of the assessments and annual quality monitoring.

One graduate said: “When I graduated, I walked straight into a job and started to work as a programmer with a global company. I have now been with the company for two years and I have been promoted twice. My skills are more up-to-date than those who were educated in Nepalese universities. I felt I had an advantage over others when I started my career as I had an international degree. I am lucky; I am not from a rich family and my family doesn’t have the connections that rich people have but I am able to succeed on my own merits and I am sure that a UK degree has helped.”

The partnership also has the benefit of building community between the two institutions. A separate report by Universities UK has noted how London Met provided considerable support to the local communities in the aftermath of the devastating earthquake in Nepal in 2015.

Drs Bloisi and Hargy said: “Partnerships like ours enable those who are unable to study abroad for an international degree to achieve one in their own country. Graduates felt that they were better placed to improve their careers and get better jobs. The knock-on effect of this is that they can then support their families and communities to be more economically productive.

“The result should not only be an improved economy where productivity is increased but also enhanced skills and knowledge. Where some technology subjects are not offered in local universities it also can ensure that a skilled workforce is available and therefore experienced professionals do not have to be imported into a country. This helps to keep unemployment levels down and means that money to pay foreign nationals is not exported.”

London Met’s partnership in Nepal started in 2012 with undergraduate computing courses offered as a franchise at a private college in Kathmandu. It has grown into a large and successful partnership which now includes business and computing courses at both undergraduate and postgraduate level. It has also expanded outside of Kathmandu to Itahari in the east and Pokhara in the west. This enables students who are unable to travel within Nepal to study for a UK degree. 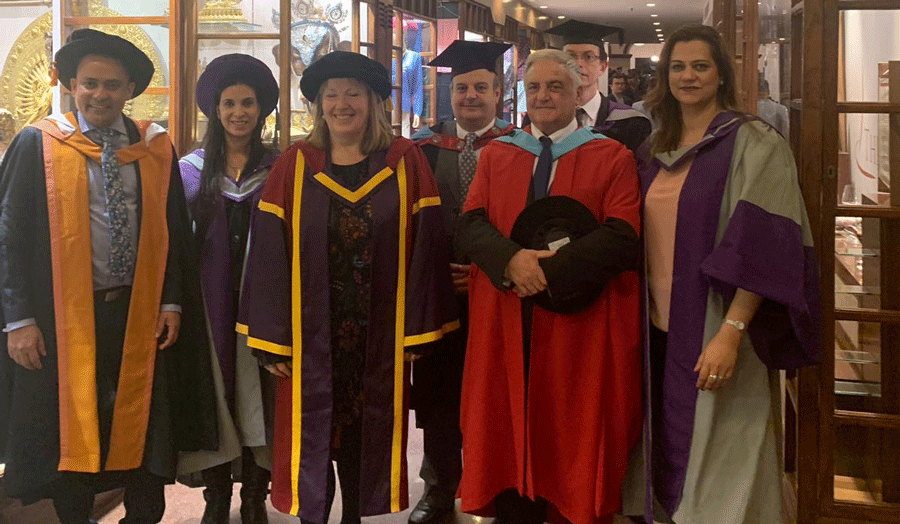