Dr Andrew Moran, Associate Professor of International Relations at London Metropolitan University, presented at ‘US Politics Today 2018,’ an event hosted by Congress to Campus at the British Library.

Congress to Campus is a national programme run by the Eccles Centre for American Studies, part of the British Library, and the Rothermere American Institute at Oxford University. The organisers invite former US Congressmen and academics to share their knowledge and expertise to students across the UK in a series of coordinated panel discussions.

Dr Moran delivered a session titled, ‘The Imperilled or Unconstrained Presidency,’ in which he assessed the power of the current US President with particular reference to foreign policy and noted that Congress is not currently checking the foreign policy power of the presidency.

“Taking part in Congress to Campus is always an honour as the students who attend these sessions are interested and invested in the topics discussed,” Dr Moran commented.

“Having the chance to speak alongside former US Congressmen is a rare opportunity and one I am very proud to be involved in.

“The event was really challenging and I received in-depth questions from a very knowledgeable and engaged audience which was great fun.”

The session was delivered over two days in early November to over 500 sixth form students from the South East of England. This is the tenth year Dr Moran has been involved with the Congress to Campus programme. He attends events at the British Library and Wellington College, Berkshire, and London Met hosts a panel discussion with two former US Congressmen every March. 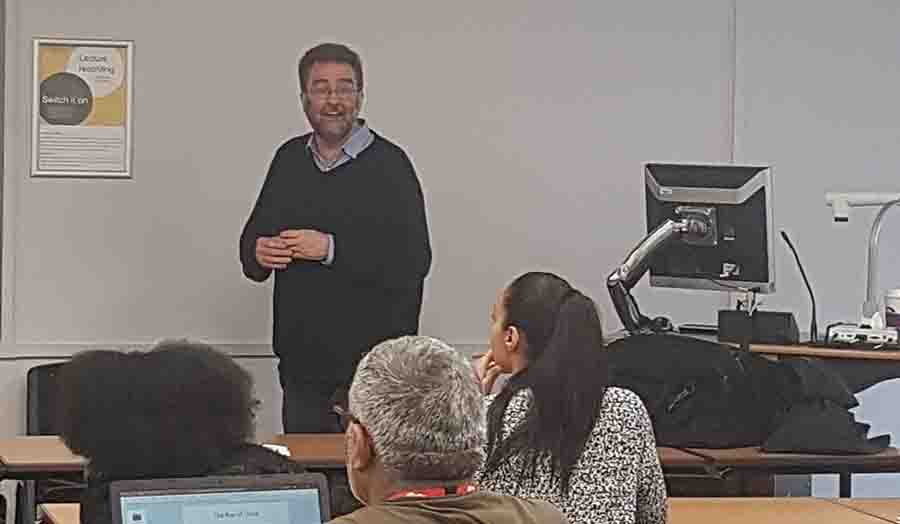