Lecturer Rishi Trikha is currently taking part in the Circus 50:50 programme and is undertaking a director’s residency at the Roundhouse and at the New Vic Theatre.

Rishi Trikha, course leader for Theatre and Performance BA at The Cass, London Metropolitan University, has been selected to be part of the Circus 50:50 programme, a director’s residency at The Roundhouse, in Camden, London, and at the New Vic Theatre, in Newcastle-under-Lyme.

The Circus 50:50 director’s residency is a high profile research and development scheme bringing together innovative directors of theatre and circus who will work to develop a critical dialogue across the art forms over the course of the year.

“I feel really privileged to have been selected to participate alongside some of the country's most innovative directors,” said Rishi.

“This is a chance for me to develop new insights into my practice as a director and learn a host of new skills and ideas that I can incorporate into my own creative projects, and share with the wonderful theatre students I teach at London Met.”

Circus Past, Present and Future will see the New Vic Theatre collaborate with national and international partners, including NoFit State Circus and the Victoria & Albert Museum, to spectacularly showcase the extraordinary art form in its anniversary year.

Rishi was chosen from a pool of over 100 applicants and is one of ten circus and theatre-makers to take part in the national scheme. The ten successful applicants are:

The ten circus and theatre-makers will be exploring questions about what the future of performing arts looks like and how this art form can be progressed.

The work is being supported by the Arts Council as part of the Ambition for Excellence program to grow and develop leadership in the arts, and is organised by the Roundhouse, New Vic, and Upswing as part of their Circus 250 programme. 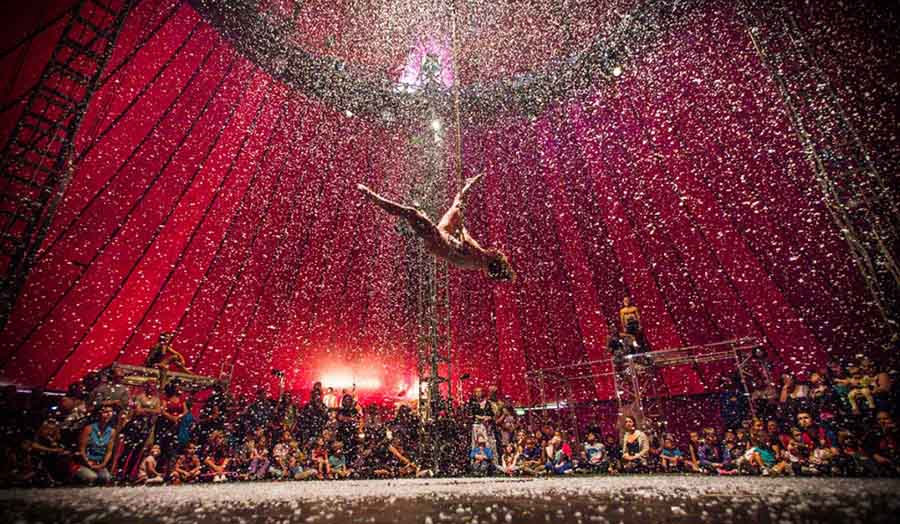