“London Met is right at the top of its game,” says alumnus News

London Met alumnus Paul Gerrard returned to visit his alma mater and find out more about his father, who was Head of Chemistry at a predecessor of London Met.

Like his father, Paul Gerrard had always been inspired by chemistry so it was a simple choice for him when he chose to study the subject at the Northern Polytechnic, a predecessor of London Met, in 1953. Its buildings still exist and form the Rocket and Tower buildings at London Met.

Paul hopes to instil his love of chemistry in his family and visited the University in May 2018 with his wife and grandchildren to view the science facilities and tour the modern campus. Paul’s father, Dr William Gerrard, was the Head of Chemistry at the Northern Polytechnic, and played an instrumental role in raising funds to keep the department active in the late 20th Century.

“One thing that was absolutely clear to me was that London Met is right at the top of its game and provides the best technology and equipment to its current students,” Paul said.

“I am very impressed with the facilities in the Science Centre.”

Along with his wife and grandchildren, Margaret Gerrard, Ryan Gerrard, Freya Blunden and Ronan Blunden, Paul was given an exclusive tour of the Science Centre by Science Lab Technician Manager, Bilkis Kazi, and Graduate Intern, Elina Zalite.

Paul, who was a student at the Northern Polytechnic from 1953-1955, taught in schools and colleges after graduating, demonstrating the value that London Met contribute towards society after graduating. 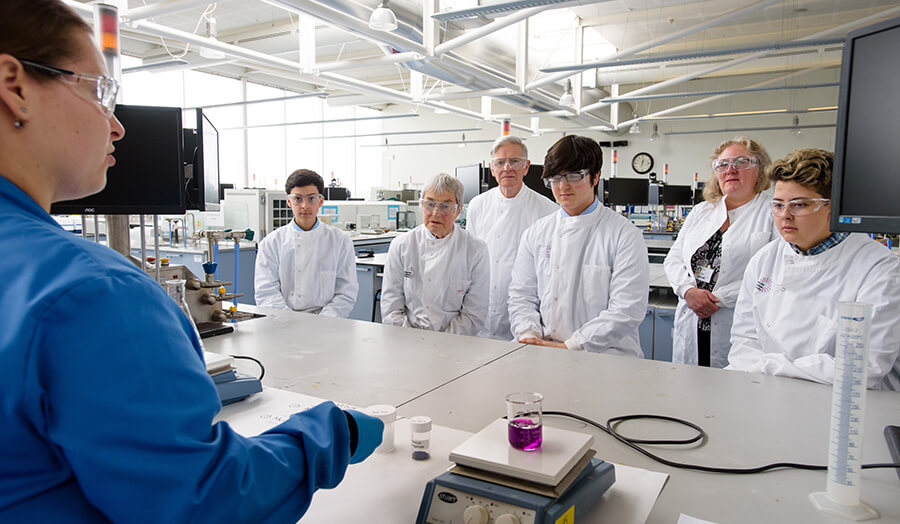