Congratulations to Rebecca Wallen, London Met conference interpreting alumna. Rebecca has recently passed the United Nations accreditation test for interpreters and the translation test for lawyer-linguists at the Court of Justice of the European Union.

Rebecca completed her PGDip in Conference Interpreting in 2014, graduating with Distinction. She interprets from French and Spanish into English.

Rebecca was chosen to take part in a two-week training course for interpreters at the UN headquarters in New York in January 2015. The course, taught by UN staff interpreters, aims to prepare interpreters for a future career within the United Nations.

“During the two weeks we were trained on all of the core topics discussed at the UN, from peace and security to development” said Rebecca, who sat the accreditation test while in New York. “It was a privilege to learn new tips and techniques from such experienced interpreters.”

The UN accreditation success tops off an exciting few months for Rebecca, who has also passed the translation test for lawyer-linguists at the Court of Justice of the European Union.

Rebecca said that the tools she acquired during her conference interpreting PGDip at London Met have helped her succeed in her new career.

“The course at London Met gave me a firm grounding in simultaneous interpreting and the conference interpreting environment.

“One particularly strong aspect of the course is the opportunities for placements to organisations such as the United Nations and the European Commission. These inspired me to develop the skills I learnt at London Met so that I could one day return to work at an international organisation as a qualified interpreter,” Rebecca commented. 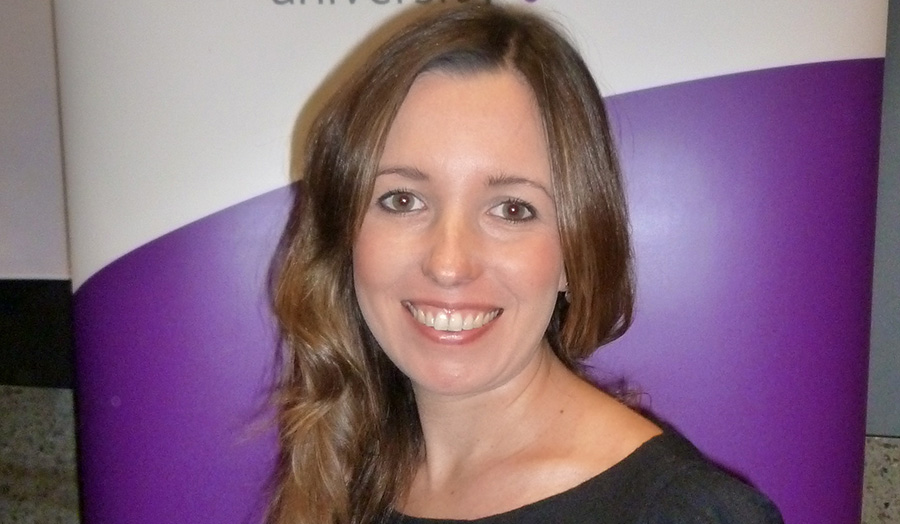