The event was held in the Accelerator building in Shoreditch and ran from 29–31 January. The theme was kept secret from the competitors until the opening day when the revealed the 2016 theme to be ‘Ritual’.

Fiona French, Senior Lecturer in the School of Computing and course leader for BSc Computer Games Programming, said, “The programmers learned how to use a new development environment, they all had a lot of fun and were exhausted by the end!”

The event is run globally across different local communities. The theme is revealed at 5pm in each respective time zone on the starting day and participants have 48 hours to create a game. Over 40 participants attended the event, splitting into smaller design teams of three or four to create and submit their game before 3pm on 31 January.

11 games were created at London Met over the weekend which you can view here on the Global Jam website. Competitors were encouraged to play with format as games could be either board games or computer generated games.

During the event, London Met alumni Ashley Mackenzie and Chris Newsum met with students to speak about where they are working now. Gorm Lai, one of the founders of Global Game Jam which has been running since 2013, also visited Accelerator to meet with this year’s participants.

Game Jam is sponsored by a host of technical corporations including Facebook and Intel Game Designers. 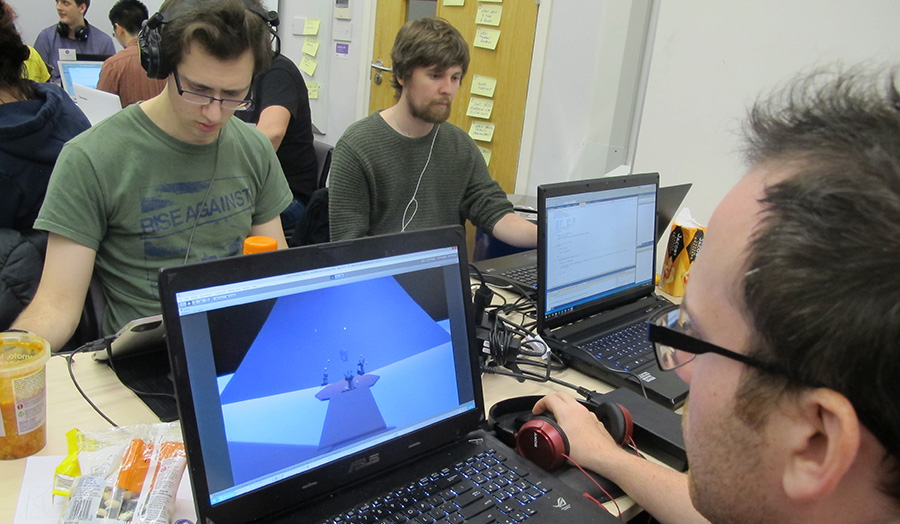