Dr Sue Bailey, who is a visiting lecturer in MSc Food Science at the University, appeared on the Great British Bake Off to talk about a historical Cambridge recipe.

Dr Sue Bailey appeared alongside Bake Off presenter, Sandi Toksvig, on this week’s episode, as they both attempted to recreate a recipe for a sweet, breadcrumb based pudding – the first of its kind to be boiled in a cloth rather than animal skin.

Dr Bailey, who grew up in Cambridge, explained that the pudding’s unique element is a large pat of butter hidden inside. Speaking about the end product, she remarked: “It’s rather nice, isn’t it?”

The recipe dates back to 1638 and was served to students at Cambridge University, due to its calorific fat element, or suet, which helped to satisfy hunger.

Dr Bailey has an interest in historic culinary recipes and is said to be on the lookout for more.

She also recently acted as famous retro chef and restaurant critic, Fanny Cradock, at an event for the Museum of Cambridge.

You can watch Dr Bailey on Channel 4's website. The clip will be available until 30 November 2017. 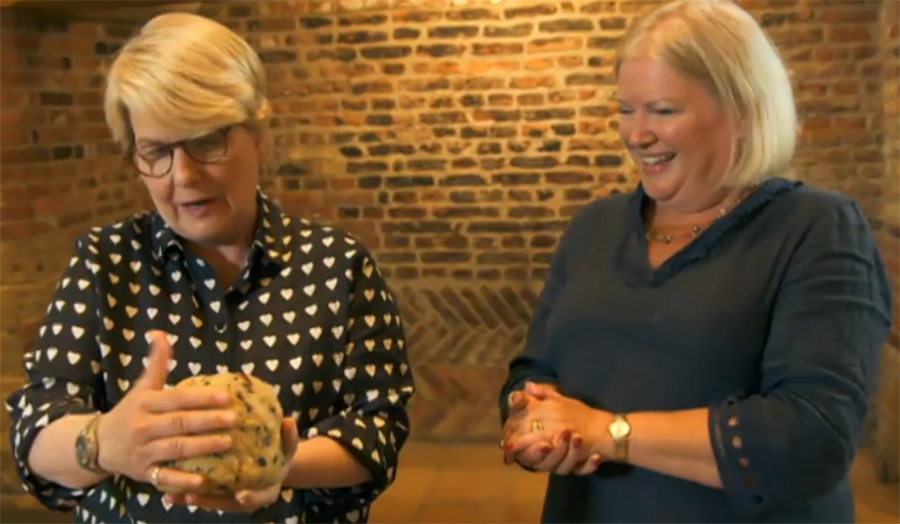