Katarina Kiktova, who graduated from London Met in 2007, has been awarded the Best Lead Actress in a Short Film prize at the annual St Tropez International Film Festival.

Katarina takes the title role in Salome, a short film about a woman whose passion for classical music evolves into obsession, which premiered last month at the Cannes Film Festival.

The film was nominated in five categories at and also walked away from St Tropez with the award for Best Short Film.

“I am so excited about my award,” commented an excited Katarina. “Salome was my first ever lead role and I enjoyed every moment of working on this film!”

Katarina’s journey is truly inspirational, having grown up in the High-Tatra mountains of Slovakia before moving to the UK.

"I made it all the way to London with £40 in my pocket for rent, food and education and set about learning English,” said Katarina.

“I did my Performing Arts degree at London Metropolitan University and was taught and challenged by some amazing and talented tutors… My parents thought I’d be back in three months. It’s now been 14 years!”

Salome is the just one of Katarina’s recent projects. Earlier this year she directed, scored and performed in two other short art films titled Light and Uncaged.

"Katarina as a theatre student always showed great energy and focus. Hearing about her well-deserved success makes me very proud and is another exciting example of what our graduates are achieving both nationally and globally." 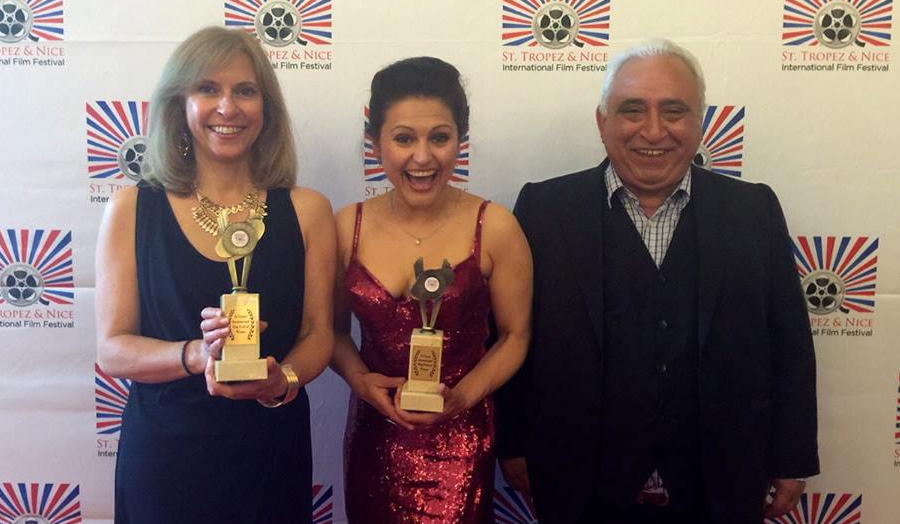