Ben Harrison, an Airline, Airport and Aviation Management BSc graduate, has recently been promoted to Head of Airside Planning and Development at London City airport.

Ben, who was recently promoted to Head of Airside and Planning Development at London City Airport, has spent the past few years working as an Aerodrome Operations Manager.

His day-to-day responsibilities included working a day and night shift pattern ensuring that the overall airside operation, including the runway was operating compliantly and in accordance with procedures. Night shifts require management of airfield works ensuring that all works were completed on time and with no operational impact.

Ben has a lot of responsibility on his shoulders, because most works at an airport are carried out overnight and any misjudgement can have serious operational ramifications for the following day.

The role also includes management of the Operations Officers, assessing weather forecasts and the operational impacts which may arise from fog, strong winds, snow and ice forecasts.

The Aerodrome Operations Manager also acts a Silver Commander in the event of an airport incident and liaises with emergency services to make tactical decisions. The most recent incident Ben attended was the discovery and removal of an unexploded ordinance within the King George V Dock, a major landmark-based at London City Airport.

Ben remembers his time at London Met fondly and appreciates the support his tutors offered: “I vividly remember one of the lecturers at the time giving a significant reality check on what standard was expected and the quality of work needed.

“From that point on, I made significant effort to improve the standard of my work and honestly believe that discussion embedded into me what was at stake and the standard required. It pushed me to continuously ensure I did the best I could.

“This was one of the most important speeches given me to me and I believe it gave me the extra incentive to do better. The same lecturer also advised us all to go out into the industry and get jobs and experience. I applied to work at London City and was offered a position in the Aerodrome Operations Department which I would later go on to manage.”

Ben’s recent promotion means his new responsibilities will include operational readiness and assessing infrastructural change and development that occurs within the airside environment such as London City Airport’s current development plan to build new stands, taxiways and baggage systems. 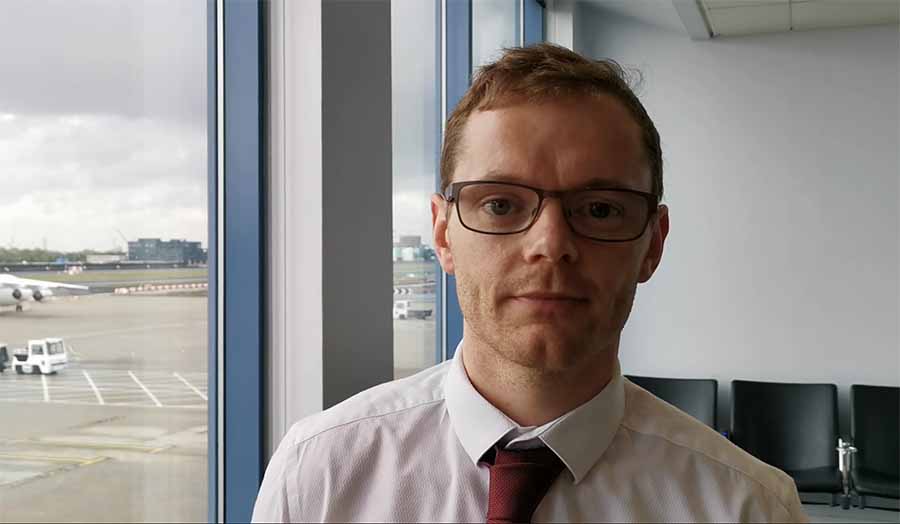