Prior to coming to the UK in 2004 as an asylum seeker, Kaweh spoke no English. Two years later, he enrolled in London Met’s LLB undergraduate course. He also graduated with an LPC from London Met in 2015.

He now works at Barnes Harrild and Dyer, after qualifying as a solicitor last year.

Kaweh said: “Winning the award was the greatest moment of my life. I was very proud of my achievement. Words cannot describe the feeling of winning one of the most prestigious awards in the profession within just a year of qualifying as a solicitor.”

Upon winning the award, Kaweh told the audience that he had decided to become an immigration lawyer after seeing how hard his legal aid lawyer fought for him.

The Legal Aid Lawyer of the Year awards were set up in 2003 to celebrate the achievements and commitment of lawyers doing publicly funded work. They are non-profit-making; run by the Legal Aid Practitioners Group; and have proved a valuable rallying point for practitioners in hard pressed fields of practice. 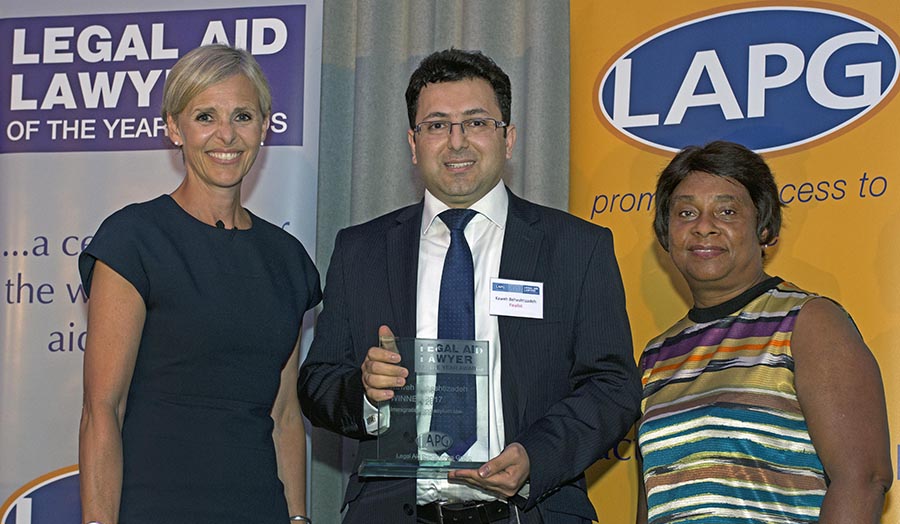