A short film produced by a London Met Lecturer and her students has won the local film competition marking 50 years of the London Borough.

Suzanne Cohen, a lecturer in BA Digital Media at London Met, and students from the Faculty of Social Sciences and Humanities worked alongside Ravensbourne College and the North London YMCA to produce the short film.

Warm Day in Haringey explores life in the Borough and as well as what living in Haringey means to those who live there. The result is a moving and amusing film created using the comments, opinions and anecdotes of local residents.

The film was produced through a number of workshops with young people at the YMCA Youth Hostel in Crouch End facilitated by Suzanne with the help of London Met students.

The film competed alongside a number of strong mini-documentaries, dramas and music videos in the competition which was part of the Borough’s Haringey@50 calendar of events. The winning film was unveiled at a special ceremony at the Cineworld cinema in Wood Green.

“What a tremendous way of marking 50 years of our great Borough. The film competition tapped into local people’s creativity and showed once again how much talent we have here in Haringey,” commented Mayor of Haringey Councillor Jennifer Mann.

“I know it was a really tough decision for the judges, so huge congratulations to Warm Day in Haringey for taking the top spot.”

Suzanne and her students worked alongside Accumul8, a social enterprise set up by Ravensbourne Enterprise and Entrepreneurship lecturer Marice Cumber, to produce the film.

“I really enjoyed collaborating with the young people from the hostel, we spent a day and a half on our journey around Haringey asking people to do things they wouldn't expect in vox pops interviews like making up a song or poem on the spot about the area,” commented Suzanne.

“I was absolutely delighted to win first prize and to share that experience with Sam and Liam. This has given them a big boost and they are now full of ideas for the next film they want to make.”

Warm Day in Haringey can be viewed on Suzanne's YouTube page. 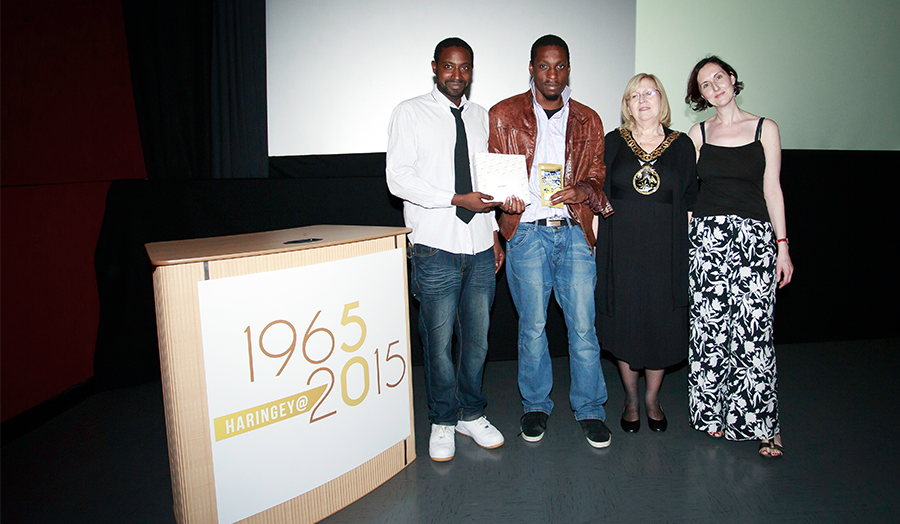