The network, spearheaded by Wendy Sloane, actively seeks to change the level of diversity within the journalism industry

It’s not every day Sky News publishes a story written by a Journalism student. But that’s exactly what happened to second-year BA Journalism student Aaron Patel, who wrote a piece about the ten most expensive diamonds in the world during an April work placement at the news organisation.

“We went to a planning meeting and someone brought up that a really rare diamond had been found in Botswana. So the social media producer came up to me and wanted me to write a list story about diamonds for their Snapchat,” recalls Patel, who is also editor of Verve magazine.

“It was surreal to see it published. It had always been a dream to produce an article for a world-class publication like Sky, and hopefully the experience will bring me lots of opportunities.”

The London Met Diversity network, started by Senior Journalism Lecturer Wendy Sloane, kicked off its second year with ten Journalism students, including Patel, taking part. Its aim: to give work placements to students in the highly competitive – and not very diverse – world of journalism,

“Shadowing a reporter and working there was an incredible experience,” said Patel. “I was treated like a staff member myself.”

Journalism in the UK is 55 percent male and 94 percent white, according to findings presented at the Changing Media Summit in 2016. Many newsrooms are almost exclusively white, and only 0.2 percent of UK journalists are black, the study said.

The Network has been successful not only in providing practical, work-related learning but also in transforming the way students perceive their own capabilities.

Second-year Beauty Marketing and French-Senegalese Journalism student Mame Sarr said she’d never get her dream job – representing a major beauty brand – in her hometown of Paris because she’s black. A placement at Marie Claire magazine has helped her realise her own potential.

“It was a great experience to see things from the other side of the newsdesk,” said second-year Photojournalism student Richie Hancox, a mature student who worked on the BBC’s photo desk. “I liked the buzz of the newsroom and seeing what they look for in images.”

Hancox has already pitched some freelance projects to the Beeb, and hopes his first commission will be on the website soon.

Students Bukky Adebukola, Minttu Marjomaa, Amal AlTauqi and John Chisengalumbwe also had placements at the BBC, while Giulia Busellato and Pablo Donas went to Bauer media and the PHA Group.

The Network has been so successful that it has now expanded to a three-pronged approach, incorporating competitive work placements with diverse guest speakers and varied student site visits. Guest speakers this year include Lloyd Bradley, a former NME journalist who writes about Black music, and documentary filmmaker Ed Accura, who produced “Blacks Can’t Swim." Students also could attend a free Guardian masterclass with the newspaper's editor-at-large, Gary Younge and visit the offices of Bloomberg. 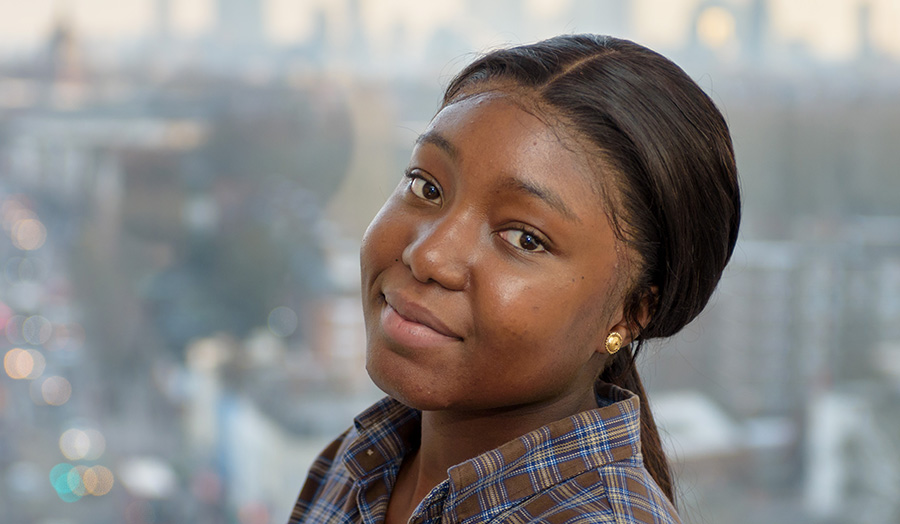