Visitors to Islington Museum were treated to some weird and wonderful facts about London Underground during a special event organised by London Metropolitan University students.

Visitors to Islington Museum were treated to some weird and wonderful facts about London Underground during a special event organised by London Metropolitan University students.

Guests at the London Metro Projects Society (LMPS) event found out, for example, that an exact replica of the Eiffel Tower was nearly built at Wembley, and that American entertainer Jerry Springer was born on the Underground network.

It was all part of a celebration of Farringdon Station, the first underground station in the world which celebrates its 150th anniversary this year. The students, who study MSc Project Management at London Metropolitan Business School, chose Farringdon because of the close links between LMBS and the ongoing Crossrail project.

Guest speakers included historian Christian Wolmer, who was named Transport Journalist of the Year in 2007, and Network Rail’s Richard Walker who managed the ambitious redevelopment of Farringdon Station, which is set to become a major hub by 2018.

For MSc Project Management student Takunda Munyimani, the opportunity to meet such a big hitter in the project management world was one not to be missed.

“To meet one of the best project managers in the world is fantastic, and it was great to hear him talk about the work at Farringdon. It makes you appreciate just how much impact one person can make on all our lives.

“It is typical of London Met to host these events because all of our lecturers have worked in the field and have the contacts to make things happen. In LMBS, it is project mangers teaching you project management, not someone telling you things out of a text book.”

This sentiment was echoed by Zoe Gofton, a member of LMPS and one of the organisers of the event. “Studying project management at London Met is fantastic as you have so much access to different opportunities and very supportive staff who know what they are talking about.

"The course is very flexible. Even the assignments can be tailored to your own particular interests."

Speaking about the celebration event, Zoe said: “It has been really exciting to be involved in this event and it has provided invaluable project management experience. I am happy that so many people were involved.”

As well as guest speakers, the event incorporated an art competition for local primary school children which was judged by London Met Fine Art lecturer Rosie McGoldrick and Neville Dyer, of Farringdon Station.

Rosie said: “I particularly enjoyed the way the students created a sense of ‘being there’ and ‘going somewhere’ at Farringdon Station and of people enjoying themselves. Some of the work was very original.”

Prizes were awarded to the children by the Mayor of Islington Jilani Chowdhury at a ceremony with London Met's Vice-Chancellor Malcolm Gillies.

Among the guests at the celebration was the Representative Deputy Lieutenant for the London Borough of Islington, Dr Charles Goodson-Wickes DL. He said: "I was fascinated by both talks and it was particularly interesting to hear about the early history of the Underground network and it's more modern projects.

"I was a medical student at Barts, so I have seen a lot of changes to the network over the years! It's quite amazing to see how much it has been transformed." 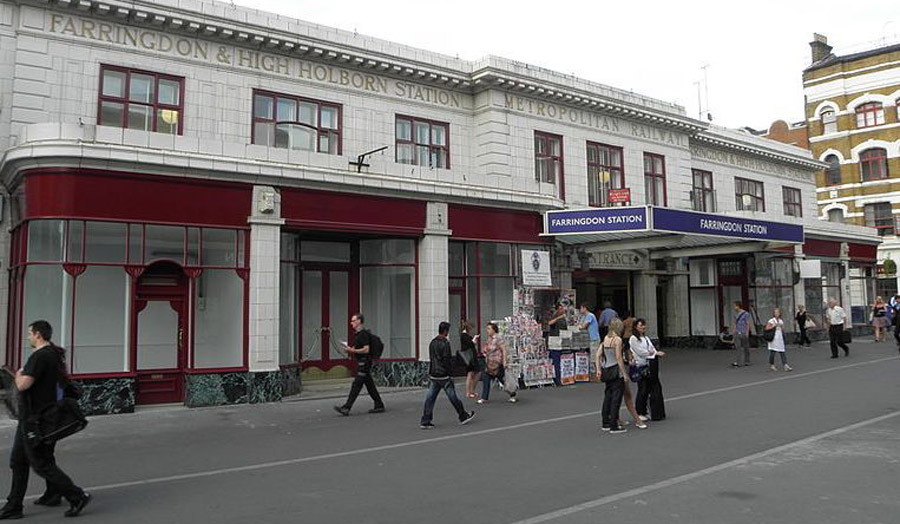