Many students take part-time work to help fund their studies, but not many end up grilling the top politicians, including candidates for the London 2012 Mayoral elections.

Many students take part-time work to help fund their studies, but not many end up grilling the top politicians, including candidates for the London 2012 Mayoral elections.

For BA Journalism student Kate Gibson, however, it’s all part of the job. Kate works for her local radio station, Radio Jackie, and recently interviewed Boris Johnson and Ken Livingstone as they gear up for the May elections. She also interviewed Labour leader Ed Miliband.

And now, thanks to an opportunity on her London Met course, Kate has landed a work placement at BBC Radio 1 – a terrific boost for her CV.

“We’re really lucky at London Met because the journalism lecturers, who have all worked in the industry, invite lots of their contacts to come and talk with the students", she said.

“Debbie Ramsay, who works for Newsbeat at Radio 1, came in and told us about the ‘Newsbeat Challenge’, a competition to win a work placement there. I had a go and now I’ve got this brilliant opportunity!”

Kate will get the chance to research stories, put bulletins together and hit the streets to record ‘vox pops’ during her placement at Radio 1’s Great Portland Street studios in June.

Richard Evans, senior lecturer in Journalism at London Met, said: “We’re delighted for Kate and are very grateful to Radio 1 for giving her this opportunity. I’m sure she’ll make a great impression.

“Debbie said she was very impressed with the standard of writing of our students, and Kate’s success is just one example of the talent we have on the BA Journalism course.”

Richard was himself a broadcast journalist, working for BBC Radio 1’s Newsbeat for thirteen years alongside DJ Zoe Ball.

It is this kind of experience that makes London Met such a good place to study journalism, according to Kate.

She said: “The lecturers on BA Journalism are fantastic. They’ve all worked as journalists and know what they’re talking about. The location is also brilliant for getting work experience as London is the major centre of the media industry.”

You can listen to Kate reading the news every Sunday on Radio Jackie, 107.8FM. We think you’ll be hearing a lot more from her in the future. 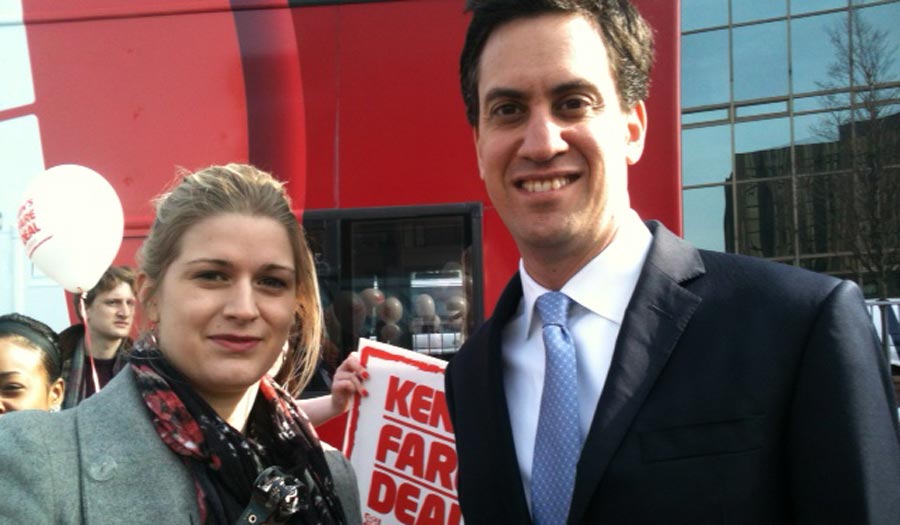