A London Met graduate is celebrating after winning first prize in a national architecture competition.

A London Met graduate is celebrating after winning first prize in a national architecture competition.

Craig More, who recently graduated from The Cass at London Met, won the student category of the Nationwide Sustainable Housing Competition, scooping the top prize of £5,000.

The competition, sponsored by Nationwide Building Society and the Royal Institute of British Architects (RIBA), was based on the theme ‘Regeneration’, and challenged entrants with rejuvenating an existing housing estate.

“Social housing is one of my passions”, said Craig, “so I knew straight away that I had to apply.

Craig based his project on Hillington Square, a large-scale housing complex in Kings Lynn, Norfolk. Recognising that many of the people living there felt detached from their neighbours and lacked a sense of ownership of their homes, Craig’s plan was to alter the buildings to "provide a variety of homes to match the variety of residents."

“I decided to divide the buildings to create smaller communities, as well as more steps and entrances serving the smaller blocks,” he said.

“I proposed re-cladding the buildings to provide individuality between the blocks and other features to enhance a sense of community, such as shared gardens, greenhouses on the roofs and more thoroughfares in the complex.”

Other initiatives proposed by Craig included opening up a culverted stream to encourage biodiversity and providing accommodation carefully tailored to different demographic groups.

All of his work was based on simple, practical and economical processes. He said: “I believe that architecture should have a good dose of rationality, and in the current economic climate that is even more important.”

This ethos was shared by the competition judges, who commented: “The series of strategies show remarkable breadth for student work, and the pragmatic and cost-effective approach – developing a cost-effective way of making a difference – was a notable success.”

Winning the competition was a complete surprise to Craig, who even came close to not entering when an architectural project in Tuscany required his attention.

“Despite doing a lot of work on the entry, I had to go to Tuscany and was resigned to not applying after all. However, my friend encouraged me to enter anyway, so I put what I had done in the post. I was pretty shell-shocked when they announced that I had won!”

It isn’t the first time that Craig has triumphed in a social housing architecture contest. When he was a student in his native South Africa, he won a competition based on post-apartheid social housing.

Craig said: “Now that I’ve won two competitions, something is telling me that I should be doing more regeneration and social housing work!”

“I studied at Wits in the early nineties when the apartheid system was collapsing. The campus was very politicised and it was an exciting time to be a student. The South African universities played a big role in pressurising the system to bring about change and I’m glad I was part of that.”

After graduating from Wits, Craig visited his brother in London and liked the city so much, he never left. “There’s just so much to see and do here,” he said.

Craig spent several years working for a London architecture firm, but was made redundant during the recent recession.

“Being made redundant was one of the best things that happened to me,” he said. “I used it as an opportunity to take my RIBA part 3 (PG Cert in Professional Practice in Architecture), which is required to become a practicing architect.

“My friend had taken the RIBA part 3 at London Met and said it was fantastic, so I chose to study here. The course was excellent, and it was particularly good to be taught by lecturers who are experienced architects who have worked in the industry and know the nuts and bolts of running a practice.”

When he’s not working, Craig volunteers at Kaos, a community choir for children who are deaf or have hearing difficulties. “I sing with the adult section of the choir,” he said. “It’s a lot of fun!”

He is now running his own architecture practice, More Design, and plans to spend his winnings on developing the business. 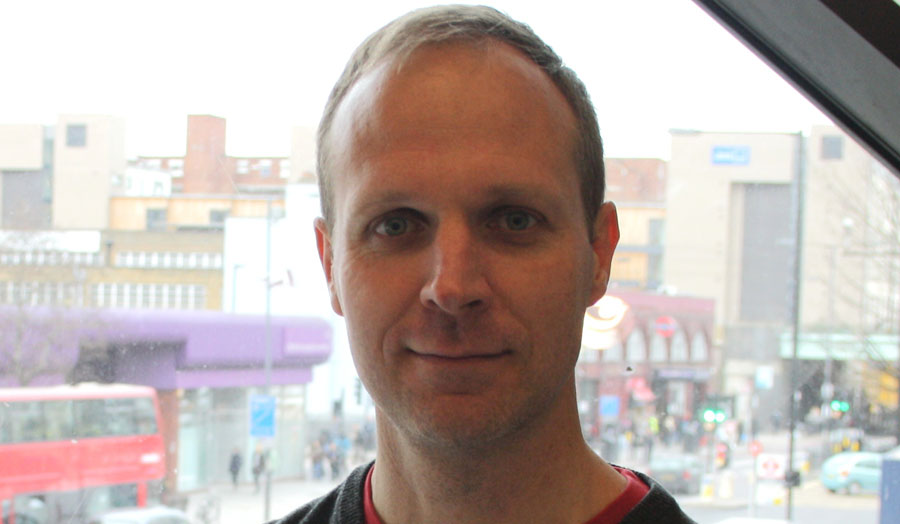