London Metropolitan University’s unique sound and research group, Musarc, will be featured on BBC Radio 3 this week following an exciting project with an up-and-coming composer.

London Metropolitan University’s unique sound and research group, Musarc, will be featured on BBC Radio 3 this week following an exciting project with an up-and-coming composer.

Musarc's choir, based in The Cass, was selected from over 100 groups to take part in the Adopt a Composer scheme, run by Making Music, Sound and Music and the PRS for Music Foundation.

Now in its eleventh year, the scheme matches six ensembles with six young or emerging talents who work together on a composition.

The group was paired with composer Jessica Curry, and they premiered their piece in December during a concert recorded by the BBC. Excerpts will be played during Radio 3’s ‘Live in Concert’ show on Thursday 1 February.

Musarc founder Joseph Kohlmaier, who lectures in The Cass, was interviewed for the broadcast. He said: “Featuring on Radio 3 is a great acknowledgment of all the work we’ve been doing in the last few years.”

Musarc was set up in 2008 with the aim of establishing a culture of listening in architecture and the built environment. Originally a choir, the group has developed into a research platform and now organises events, talks and lectures, as well as teaching programmes around the relationship between sound, space, music and architecture.

Joseph added: “We are a research group, but performance lies at the heart of what we do. In the specific context of architecture and urbanism, I believe we are currently the only organisation with this approach.”

Find out more about Musarc here. 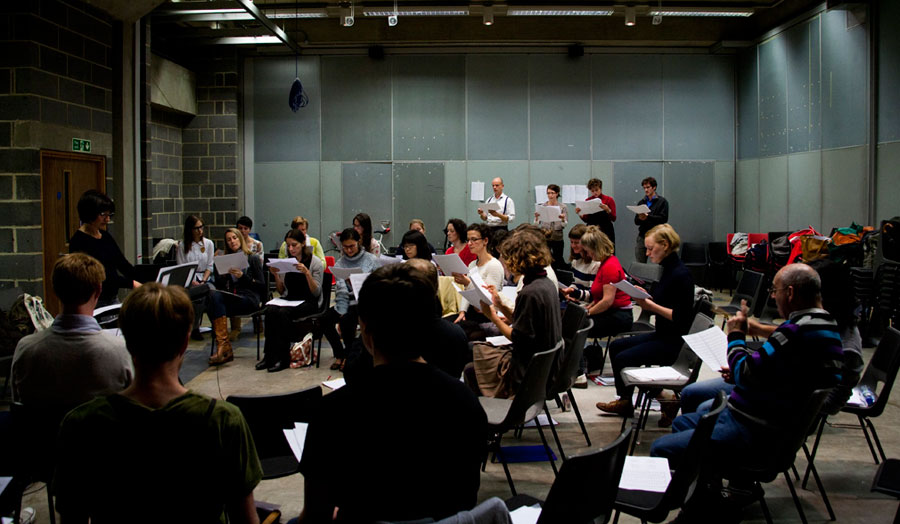