About 90% of children under seven still believe in Santa Claus and there’s no psychological harm done by parents who encourage the illusion, according to psychologists at London Metropolitan University.

Of the 3-10-year-olds surveyed, 60% said Santa was ‘real’ with the figure rising to around 90% for children under seven years.

When asked to explain why, the children appealed to facts that they knew about him, with responses like: ‘he brings us toys’, ‘he lives in the North Pole’, ‘he always comes at Christmas’ and ‘he knows when children are asleep and he never comes if children have been naughty’.

Older children start to question their belief and say things like: ‘Sometimes I think he puts the presents there and sometimes I think it’s Mum and Dad’ and ‘we haven’t got a chimney so he can’t come down with presents’.

Only 25% of 8-10-year-olds said Santa was real. Most children this age realized that it was their parents leaving presents, and understood that people cannot fly around the world in one night.

Dr Bunce said many parents faced the awkward question of whether they should encourage their children to believe in Santa or tell them the truth.

Dr Bunce said: “Believing in Father Christmas is a fun and exciting activity for children of all ages to engage in this Christmas. Exercising children’s imaginations is an important part of development and enhances their ability to think creatively.

“Engaging in fantasy is not just an immature or childish activity but something that we as adults engage in all the time when we read a novel, watch a film, play a computer game, or visit the theatre.

“Therefore parents should not be concerned about encouraging their child to believe in Father Christmas for another year.” 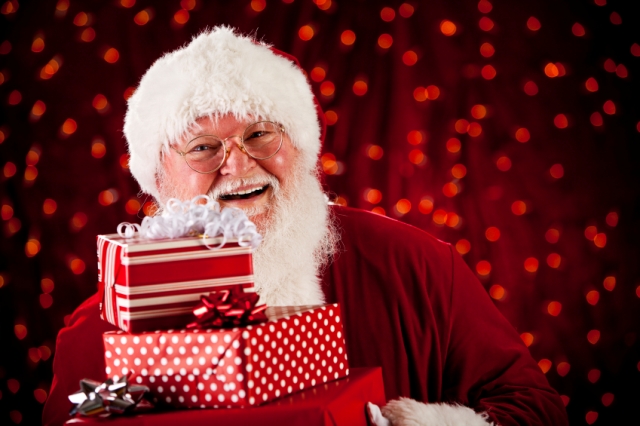