A champion fencer who studies BSc Sports Psychology and Coaching at London Met is representing the borough of Islington in a city-wide Olympics campaign.

A champion fencer who studies BSc Sports Psychology and Coaching at London Met is representing the borough of Islington in a city-wide Olympics campaign.

Curtis Miller, who studies in the Faculty of Life Sciences, is featured in the ‘Take the Stage’ campaign, being rolled out by sports-brand adidas for the 2012 Olympic Games.

A resident of Holloway, Curtis was hand-picked as one of 32 outstanding young talents to represent each of London’s boroughs in the campaign. The 20 year-old sabreur is currently ranked 1st in the UK in the under-20s.

As part of the campaign, a documentary has been produced about the young fencer, as well as nearly 30 billboard displays around Islington including one on Holloway Road.

Curtis said: “The campaign is a bit surreal. My friends keep taking photos of themselves next to the billboards and sending them to me, and I’m a bit like ‘oh my gosh’!”

“My family are really proud of me. Even they’ve been taking pictures next to the billboards.”

Curtis started fencing nine years ago at a club in Camden and instantly fell in love with the sport. “Fencing is physical, it involves lots of movement, lots of tactics and it’s really challenging”, he said.

In the documentary about him, Curtis says: “It (fencing) used to be quite a posh sport, but recently my club recruited normal people who have been working hard. We’re trying to show people that fencing’s not just a posh sport, it’s for everyone to enjoy.”

It was Curtis’s coach who recommended he embark on the Sports Psychology and Coaching course at London Met. Curtis said the course was a “natural choice” as he already works as a fencing coach to primary school children.

“London Met is the best placed for me”, said Curtis. “It’s easy for me to get to and I really like the lecturers and the way they teach.  I’m really enjoying the course.”

One of the most exciting young talents in the sport, Curtis has his sights firmly set on the 2016 Olympics. Until then, London Met wishes him the very best in his studies.

Find out more about studying in the Faculty of Life Sciences.

Watch the adidas video about Curtis 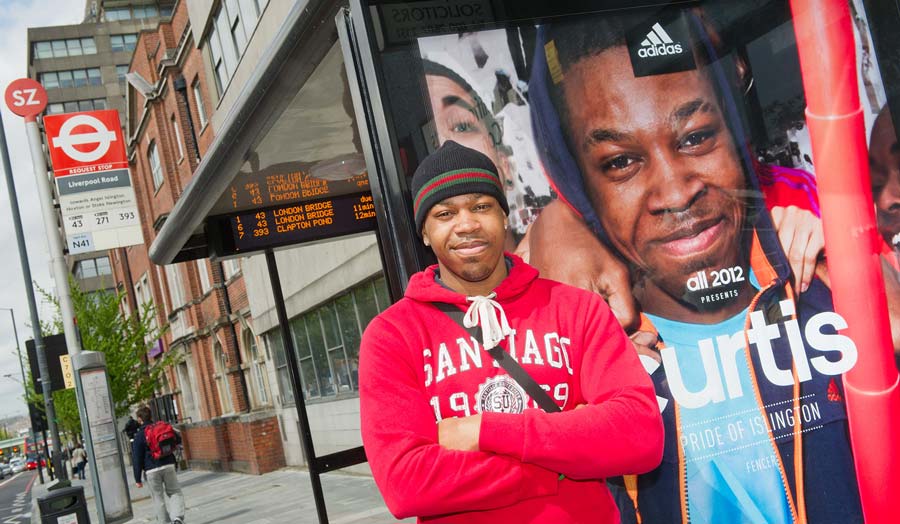