A talented ceramist from London Metropolitan University has been selected as one of just 14 artists to feature in a special exhibition celebrating the Olympics.

A talented ceramist from London Metropolitan University has been selected as one of just 14 artists to feature in a special exhibition celebrating the Olympics.

Fred Gatley, a technician in The Cass, will be showcasing his work in the 'Team London 2012' exhibition, opening in July at London’s prestigious Contemporary Ceramic Centre.

Run by the Craft Potters Association (CPA), the Centre is one of the nations leading galleries for modern studio ceramics.

“I am very honoured to have been invited to take part in what is an Olympic celebration exhibition”, said Fred. “Just getting into the CPA was an accolade in itself, and to be one of only 14 artists chosen is a great privilege.

“I have been joking with my colleagues and friends that I have finally made the Olympic team - I have asked if we will all now get Team GB shell-suits!”

Each of the exhibitors selected for the show are from London’s five Olympic boroughs, with Fred being selected from the Royal Borough of Greenwich – an area that provides considerable inspiration for his work.

He said: “I cycle to work each day and part of my route takes me under the Thames at Greenwich and along its banks up the Isle of Dogs. The Thames is an old companion, and she has shared my thoughts and reflections over many years and has also been the source of much material used in my work.

“Beach-combing both the Thames and Deptford Creek has proved a rich vein of material for my work.”

The Olympic exhibition follows on from a very successful show that Fred took part in at Ceramic Art London (CAL) in February. Held at The Royal College of Art, CAL is an international exhibition of almost 80 leading ceramists and potters.

The CAL exhibition also saw the launch of the publication, The Ceramics Book, which includes Fred’s work. Another forthcoming book by ceramist Kathleen Standed also features an entire section on his ceramics.

Originally from Warrington in Cheshire, Fred studied BA Ceramics at Bristol Polytechnic before joining one of the precursor institutions of London Met - the City of London Polytechnic - in 1980. He has gone on to complete an MA and MPhil at the University.

As a technician in The Cass, he supports both the Ceramics and 3D/Sculpture areas of the Faculty.

Fred’s success paints a familiar picture of the staff at London Met, which includes world-leading professionals at the top of their game. His inclusion in the Team London 2012 exhibition aptly reflects the quality and expertise of the University community.

“I am really looking forward to taking part in the exhibition”, Fred said. “This is great news for me, the ceramics area, The Cass and London Met.” 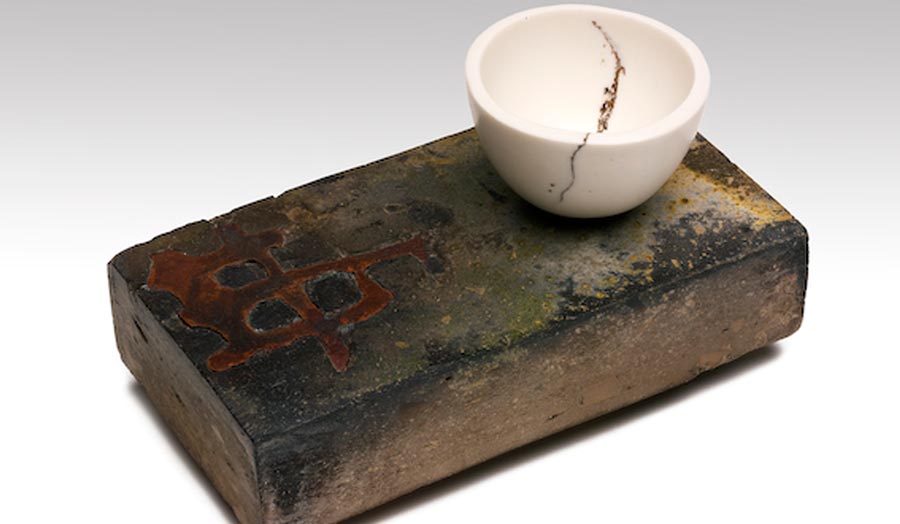